Izolyator Company, represented by the Chairman of the Board of Directors D.Engs. Alexander Slavinsky, acting as a member of the CIGRE’s Russian National Committee delegation, took part in the 45th CIGRE Session held on 24-29 August 2014 in Paris, France.

Founded in 1921 in France CIGRE is one of the most authoritative and significant international associations which unites scientists and power engineers from all over the world and makes significant impact on the strategy of the electricity industry in many countries.

The main activities within the framework of the Session were a technical exhibition and a scientific conference comprising a plenary meeting and sessions of all research committees.

At the exhibition, Russian companies were mostly represented by a collective exposition prepared by the Energy Ministry pursuant to the instructions of the RF Government. 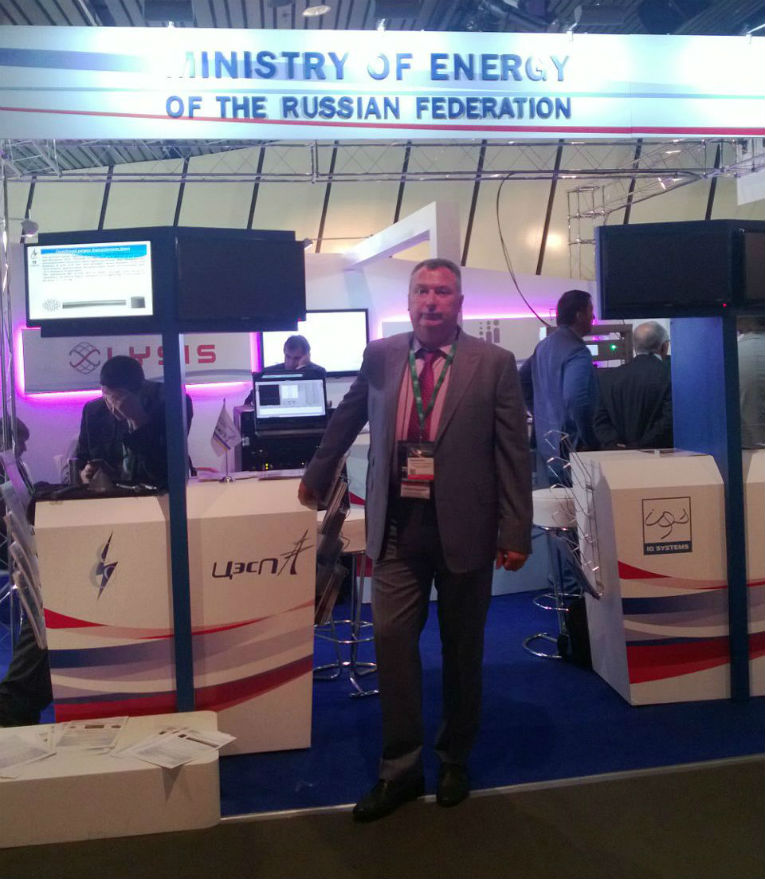 Alexander Slavinsky at the 45th session of the CIGRE