From October 2 to 5, 2019, Izolyator took part in the work of the International Forum ‘Russian Energy Week’, which was held in Moscow.

Russian Energy Week International Forum was established by order of the Russian Government.

The Forum is being held to demonstrate the prospects of the Russian fuel and energy industry and unlock the potential of international cooperation in energy.

The Forum was attended by heads of state and governments, CEOs of major international energy companies and organizations as well as leading global experts from among representatives of science, the media, and civil society.

The Forum will serve as a platform for a discussion on the main challenges faced by the energy sector and topical problems involving its development.

The forum is held annually in Moscow and St. Petersburg.

Among the participants of this forum were the leaders of the largest Russian and foreign energy companies, leading world experts.

More than 70 business events were held as part of the official REW program. Sessions were devoted, in particular, to the digital transformation of the industry, the development of the coal mining market, nuclear energy, and new pricing trends in international oil markets.

The key topic of the International Forum ‘Russian Energy Week’ was ‘Energy Partnership for Sustainable Development’. The plenary session was opened by the President of the Russian Federation Vladimir Putin. 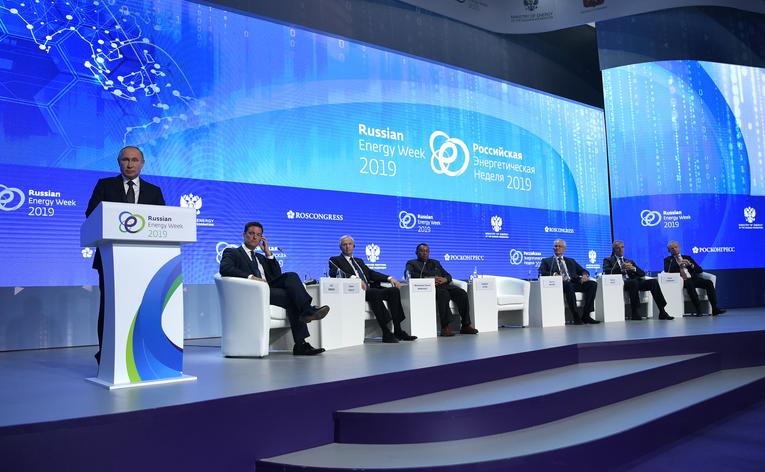 Within the framework of the REW, Chief Executive Officer of Zavod ‘Izolyator’ LLC Alexander Slavinsky took part in the panel session ‘The Evolution of Energy Systems: A Global Perspective’, arranged with the support of PJSC FGC UES (Rosseti FGC UES) and CIGRE, the largest international industry association. 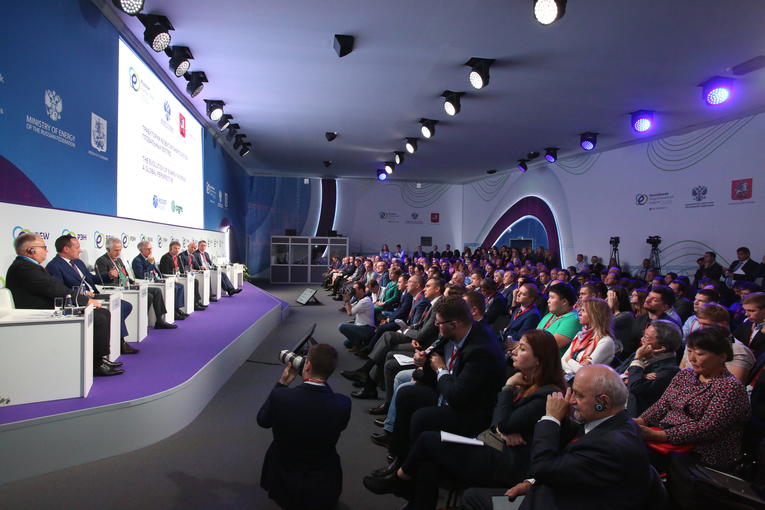 Panel session ‘The Evolution of Energy Systems: A Global Perspective’ that went at the Russian Energy Week 2019

The managerial and technological transformations that will occur in the electric power industry in the next 10-15 years were discussed. The discussion was moderated by Andrey Murov, Chairman of the Management Board at FGC UES, head of the Russian National Committee of CIGRE. 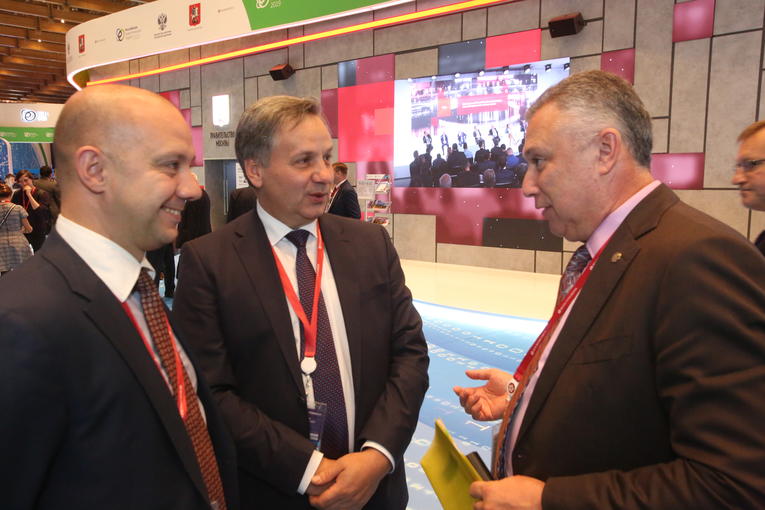 Alexander Slavinsky on the sidelines of the panel session ‘The Evolution of Energy Systems: A Global Perspective’ that went at the Russian Energy Week 2019

The main topics of discussion were digitalization, the replacement of traditional generation with renewable energy sources (RES), and the complexity of the market structure.

The participants of the session noted that the trends formed in the industry are often in clear contradiction to each other. In particular, the role of distributed generation and renewable energy is growing, but due to the constant change in the load structure, the operation of electric networks at all voltage levels is more complicated and planning for their development is difficult.

On the sidelines of the forum Izolyator commercial service held a series of meetings with representatives of leading world energy companies and electrical enterprises. 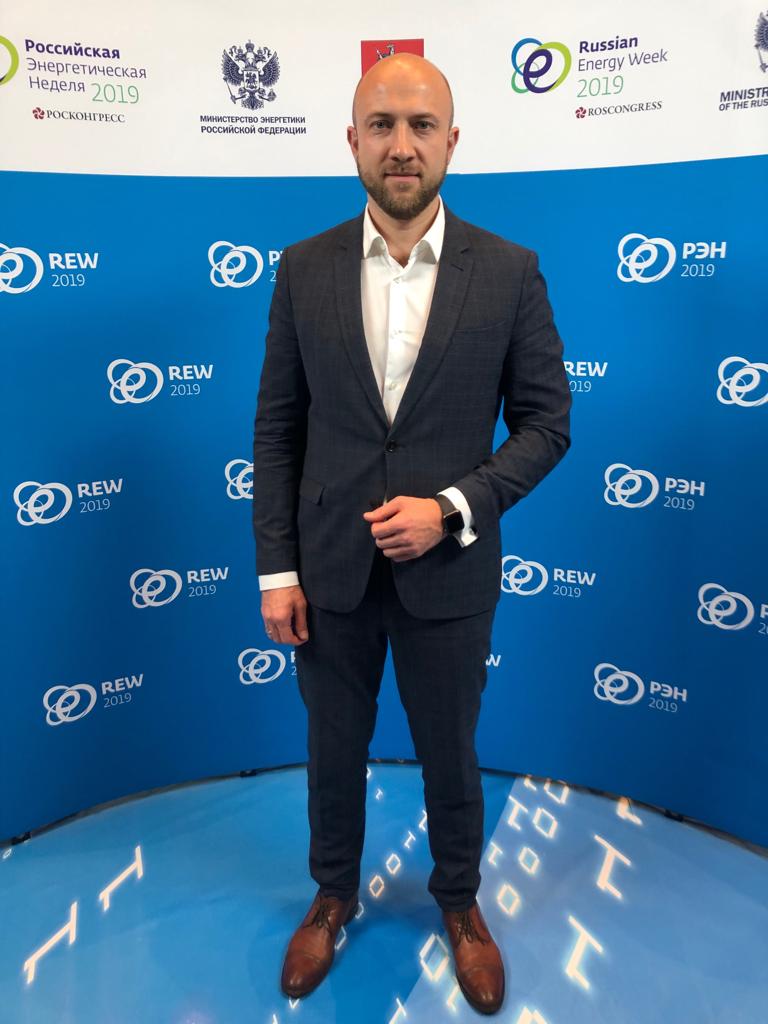 Director of Partner Relations at Izolyator Oleg Bakulin took part in the RusHydro Supplier Day, which was in the agenda of the ‘Russian Energy Week’.

With support from FGC UES, an installment of Russian Representationalism paintings dated 1930–1980ies and dedicated to power industry topics was organized. 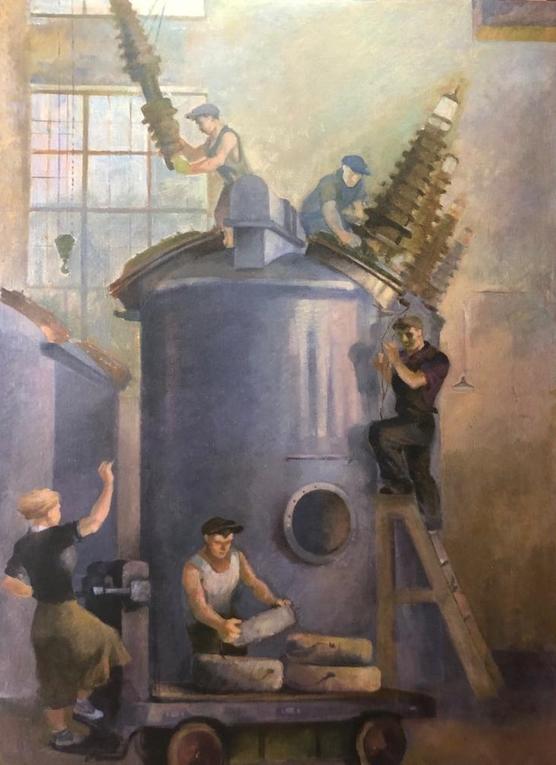 Aleksandr Voronin ‘Production of oil-circuit breakers’ 1937–1938. There are Izolyator high-voltage bushings shown in the installation process at the picture.