On August 22, 2019, Izolyator took part in the workshop on Practice of increasing exports to the countries of the European Union, which was held by the Fund for Supporting Foreign Economic Affairs jointly with the Chamber of Commerce and Industry of the Moscow Region.

Moscow Region Foreign Economic Activity Support Foundation was established under the Ministry of Investments and Innovations of Moscow Region in 2016 in order to support the exporters of the Moscow Region.

The main objectives of the Foundation is to stimulate and involve business entities into export activities, as well as to facilitate the entry of enterprises of the Moscow Region into foreign markets for goods and technologies, to increase the competitiveness and efficiency of enterprises.

The Moscow Region Chamber of Commerce and Industry is a nongovernmental nonprofit organization founded on the voluntary membership principles. Founded in November 1995, it is a part of the international chamber system.

The Moscow Region Chamber of Commerce and Industry provides a wide range of services, representing interests of small, medium and large businesses from virtually all sectors.

At the seminar Izolyator plant was represented by Deputy Commercial Director Dmitry Abbakumov and Manager of Export Sales Alexander Znamensky. 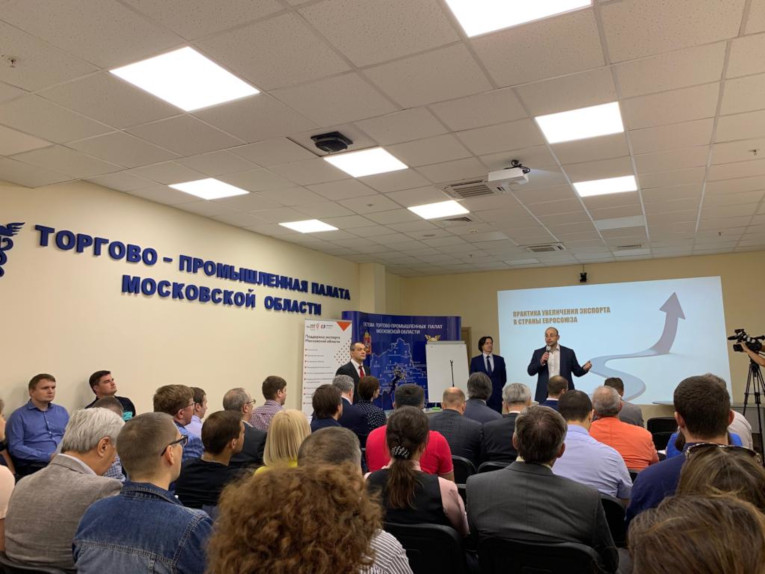