On the eve of the big anniversary of Izolyator plant 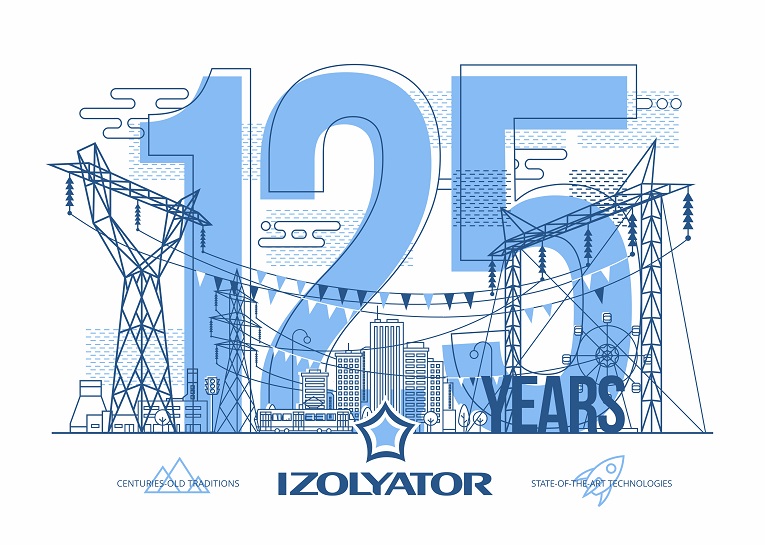 Izolyator continues preparations for celebrating a big date — June 6 will mark the 125th anniversary of the foundation of the enterprise!

Izolyator plant was founded back in 1896. To better visualize the temporal distance separating us, it is enough to recall that in the same year the Russian physicist and electrical engineer Alexander Popov carried out the first radio signal transmission in the world, and only a year earlier cinematography was born. 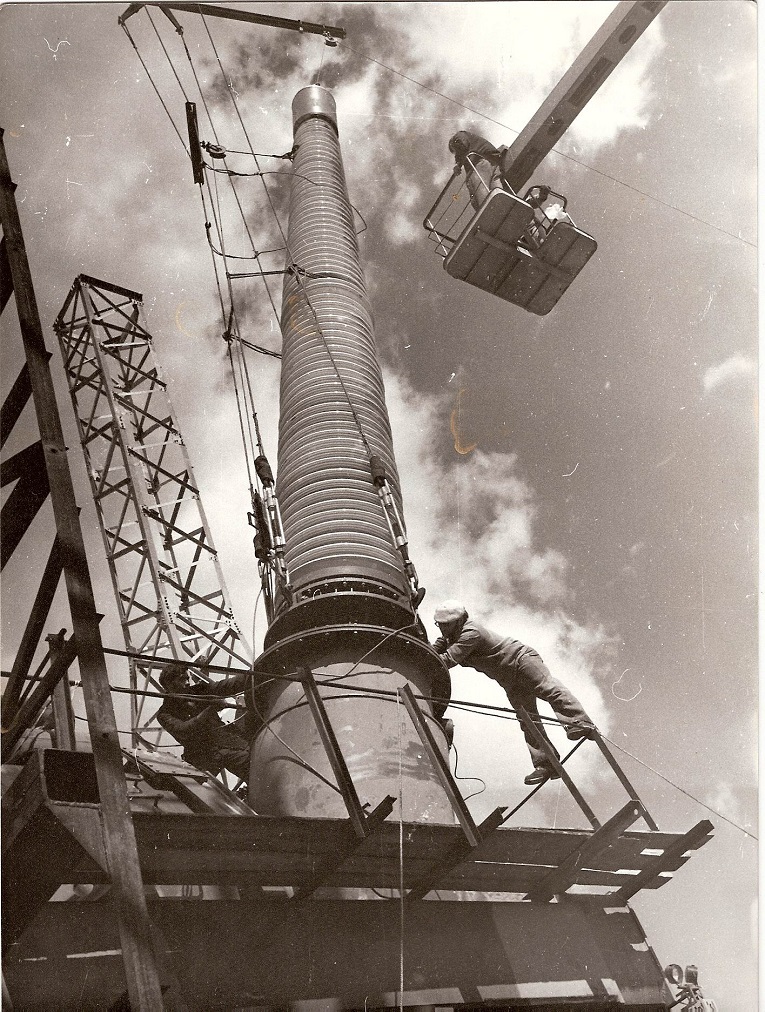 Installation of 1200 kV Izolyator bushings on the equipment of the Ekibastuz — Kokchetav ultra-high voltage transmission line in Kazakhstan. 1988

The history of the Izolyator plant is also the evolutionary path that the high-voltage bushing technology has gone through in Russia as an independent direction of electrical apparatus construction. Until the 1990s, the enterprise remained the only one, and today it is the main supplier of this type of equipment to the Unified Energy System of the country and neighboring countries.

The enterprise has been in development at all times, solving large-scale production tasks and being at the forefront of scientific, technical and engineering thought.

The processes of all-round development gained particular dynamics in the modern history of the company after the construction of the high-tech and powerful Izolyator Production Complex in the Moscow Region in 2007. 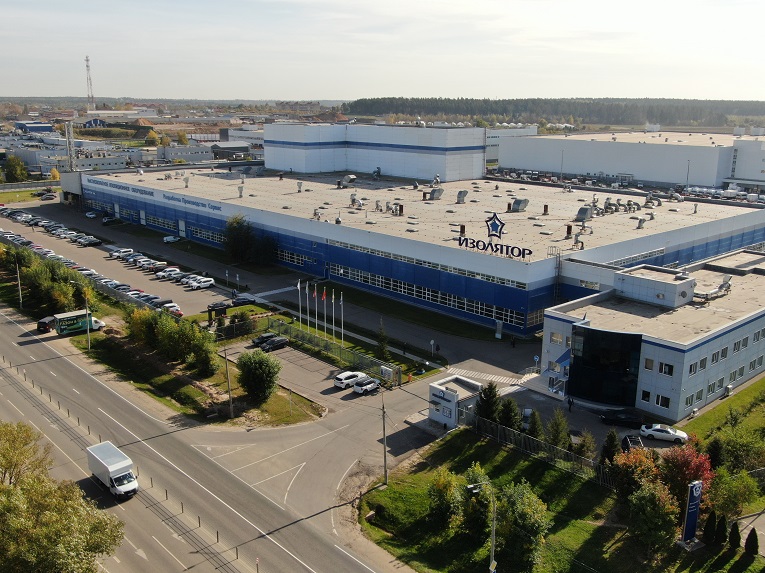 An optimal structure of the enterprise has been built, which allows not only to accurately and promptly respond to the current needs of the electric power sector, but also to form a long-term technical policy, taking into account the projected needs and development trends of the high-voltage insulating equipment market.

It is planned to transfer high-voltage bushings to innovative moisture-resistant internal RIN insulation. Today mass production of such bushings has been mastered up to the voltage of 550 kV.

The diversification of production resulted in the launch of a new popular product on the market — high-voltage cable accessories of voltage up to 252 kV inclusive, manufactured using the most modern technologies.

A series of bushings with solid internal insulation has been created and successfully tested for advanced high voltage direct current transmission systems. The flagships of the line are transformer and wall bushings for rate voltage 800 and 820 kV, respectively.

The most significant achievement of international cooperation was the creation of the Massa Izolyator Mehru Pvt. Ltd. a Russian-Indian Joint Venture, which started the production and sale of high-voltage bushings for power energy equipment in India and other Asian countries.

The absolute customer focus of Izolyator and the long-standing reputation of a reliable partner have borne fruit — the company is the official supplier of such world leaders as the Rosseti Group, Rosenergoatom, Power Grid Corporation of India Limited, Siemens concern and a number of other energy and industrial companies. 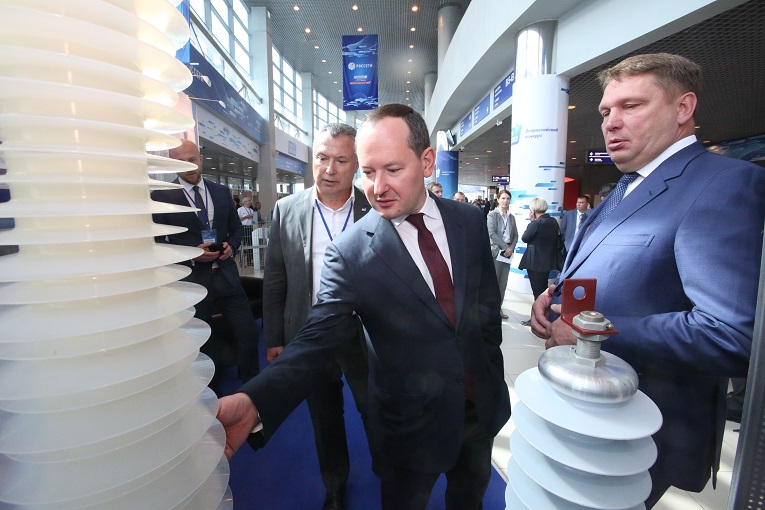 Izolyator is actively engaged in all research and development. The company management represents Russia in the International Electrotechnical Commission and CIGRE. The enterprise is a leading scientific and technical partner of the Russian National Committee of CIGRE, a corporate member of the Academy of Electrical Sciences of Russian Federation and the International Association on transformers, high voltage equipment, electrical ceramics and other spare parts and materials (International TRAVEK Association). An R&D center has been created in the structure of Izolyator.

Diversified activities in the field of social responsibility and education have been successfully launched.

Close work is underway with the leading universities in Russia. In particular, the National Research University ‘Moscow Power Engineering Institute’ has a thematic classroom, appropriately equipped and decorated by Izolyator. On a systematic basis, educational visits and plant tours and internships of students are carried out.

The company has created and is actively developing a new structural unit — Izolyator Corporate University. Various, in direction and content, training programs are developed and implemented here for both employees of the enterprise and specialists - representatives of partner companies.

The corporate life has also received a new development. A sports center was built on the territory of the Izolyator Production Complex and an exhibition space was organized. Both facilities are multifunctional and are utilized for useful and meaningful leisure of the company's employees, strengthening their physical and mental health.

All these events, as well as those not mentioned here, are stages of a 125-year journey full of accomplishments. This is the story of entire generations and individual destinies of those who, with their work and dedication to their cause, ultimately created Izolyator as it appears in the 20s of the XXI century.

Today's generation of plant workers know the history of their enterprise, are proud of it and celebrate the 125th anniversary of Izolyator plant with dignity!