On 12 February 2021, Izolyator plant took part in a remote meeting with the departments of the energy company Gazprom, which was held by the Ministry of Investments, Industry and Science of the Moscow Region.

The Ministry conducts state policy and carries out executive and administrative activities in the Moscow Region in the investment and innovation spheres, in the formation and implementation of industrial policy, in determining priority areas for the development of science and technology, in attracting private investment, in implementing investment projects in various industries, in improvement of favorable investment climate, etc.

Gazprom is a global energy company focused on geological exploration, production, transportation, storage, processing and sales of gas, gas condensate and oil, sales of gas as a vehicle fuel, as well as generation and marketing of heat and electric power.

Gazprom holds the world’s largest natural gas reserves. The Company’s share in the global and Russian gas reserves amounts to 16 and 71 per cent respectively. The company is also a world leader in natural gas production.

The Company also owns major power-generating assets accounting for some 16 per cent of the total installed capacity of the national energy system. In addition, the Company ranks number one in Russia in terms of thermal energy generation.

The meeting was held within the framework of the roadmap approved by the Governor of the Moscow Region and the Chairman of the Gazprom Steering Committee for the project ‘Expanding the use of high-tech products of the Moscow Region organizations, including import substituting products, in the interests of Gazprom’. 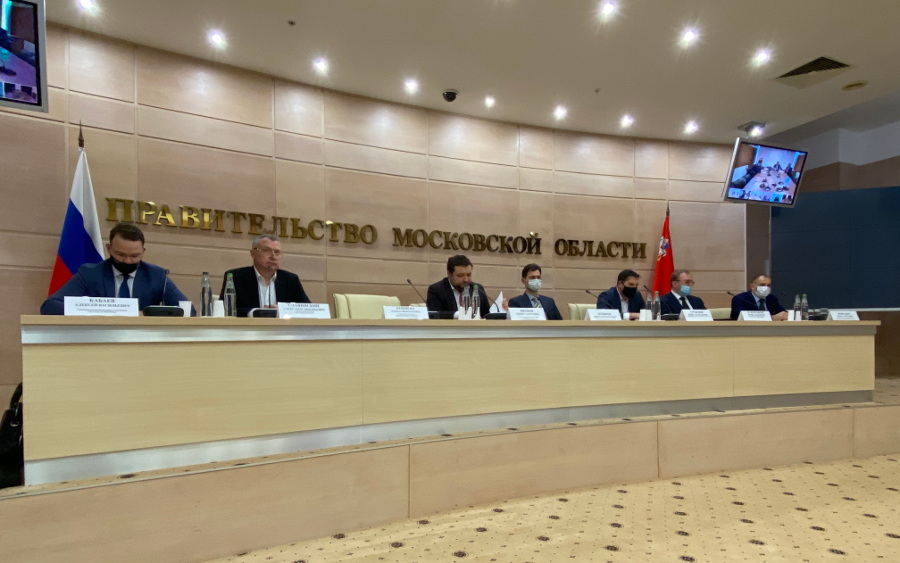 Izolyator plant was represented at the meeting by Alexander Slavinsky, CEO of Zavod Izolyator LLC, and Oleg Bakulin, Director of Partner Relations.

Alexander Slavinsky made a presentation on the achievements and key directions of development of Izolyator; outlined traditional and newest areas of application of the company products; presented the key technical solutions that ensure the reliable operation of high-voltage insulating equipment, including in polluted and extreme operating conditions. 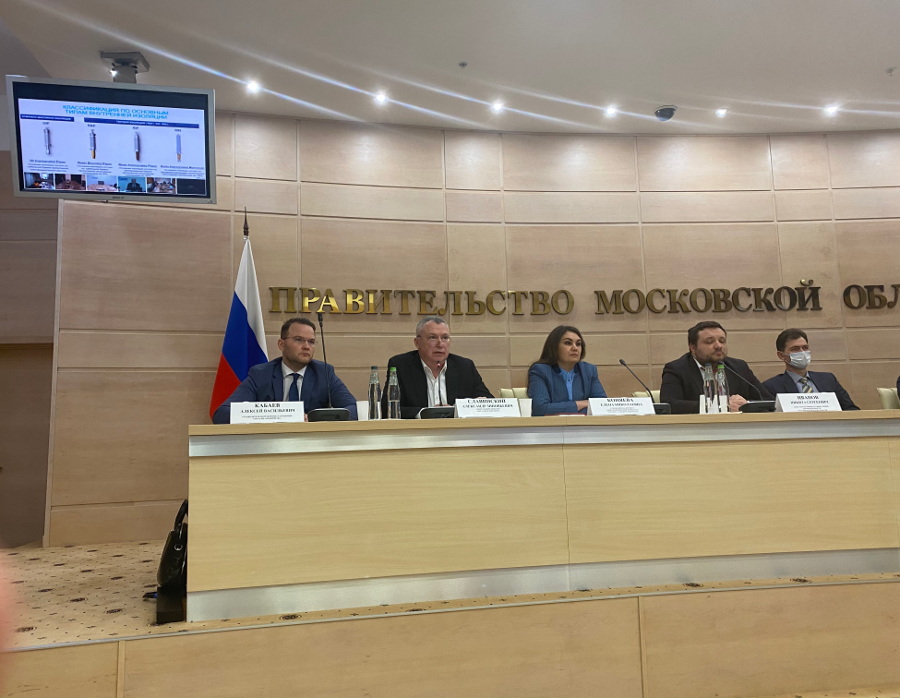 Alexander Slavinsky is making a report on Izolyator and its products

The report also contained constructive proposals for the development of cooperation with Gazprom, and in particular, on the introduction of a uniform technical policy for all structural divisions of Gazprom in terms of high-voltage bushings. This includes auditing and accrediting Izolyator's production complex, organizing joint inspections to assess the technical condition of high-voltage bushings operating at Gazprom's facilities, and conducting periodic training or advanced training for Gazprom's technical specialists at the corporate universities of both companies. 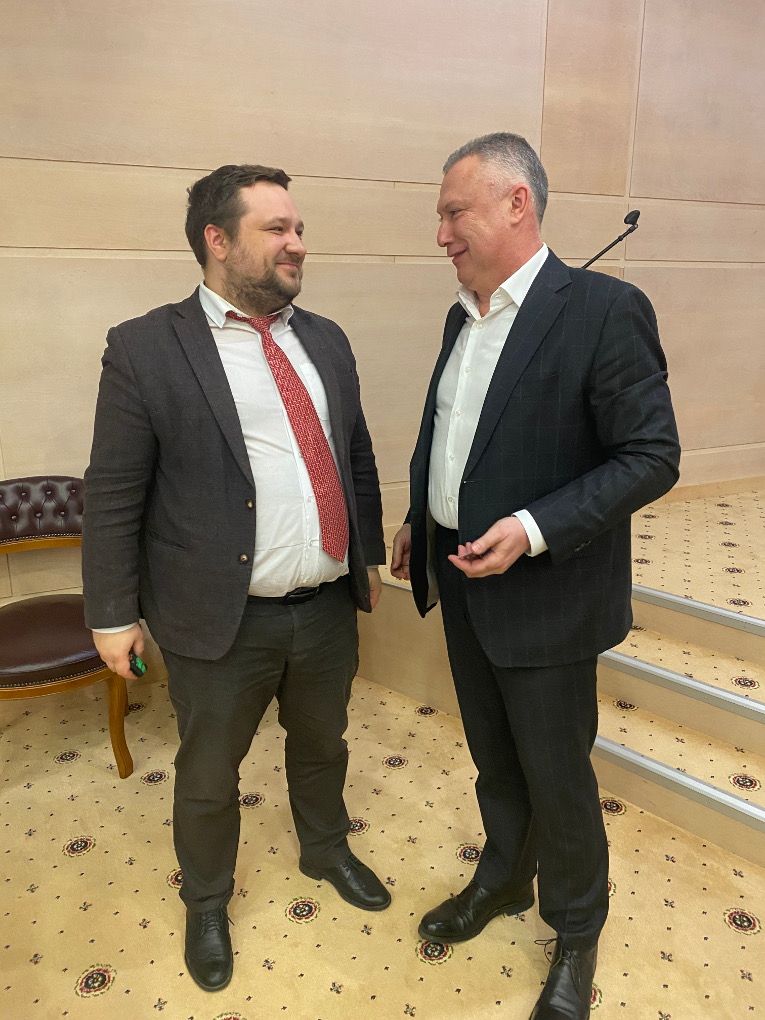 Nikita Ivanov, Deputy Minister of Investments, Industry and Science of the Moscow Region (L) and Alexander Slavinsky on the sidelines of the meeting