On 2 June 2021, Deputy Minister of Energy of the Russian Federation Evgeny Grabchak congratulated Izolyator on its 125th anniversary. 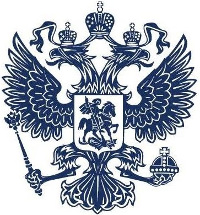 The Ministry of Energy of the Russian Federation is a federal executive body responsible for drafting and implementing government policy and legal regulation in the oil and fuel sector, including issues related to the electric power industry.

'Congratulations to the Izolyator team on an anniversary occasion — the 125th anniversary of the founding of the enterprise!

Throughout its history, Izolyator plant has been one of the backbone enterprises that predetermine the technical level and development prospects of the country's electric power industry. So, in the 20s of the last century, the plant was listed as one of the core enterprises for the implementation of the State plan for the electrification of Russia. During the Great Patriotic War, the plant delivered its products to power plants in the eastern regions of the country, as well as reconstructed power systems in the liberated territories. In the post-war years, the country's electric power industry developed, voltage classes grew higher, and with them the plant grew and developed.

Today, like past decades, Izolyator maintains and strengthens its leading positions in the development and production of advanced high-voltage insulating equipment both in Russia and on the global electrical market.

The combination of centuries of experience and an innovative approach, continuous improvement and implementation of the latest production technologies, highly qualified personnel and effective management allow the company today to make a significant contribution to the creation of the image of the energy sector not only of the present, but also of the future.

The original of the congratulatory letter in Russian