Several talks were held at the Ministry of Energy, Industry and Mineral Resources KSA as well as head offices of

The Ministry of Energy, Industry and Mineral Resources is one of the governmental bodies of Saudi Arabia and part of the cabinet.
The ministry has the function of developing and implementing policies concerning petroleum and related products.
The ministry is primarily responsible for the policies concerning oil, gas and natural minerals in the country which is the world's largest holder of crude oil reserves.

The guests were received by Advisor to the Ministrer of Energy, Industry and Mineral Resources KSA Eng. Nayef Radhl Al-Anazi.

The Ministry is prepared to render any support and assistance in promotion of the incentives, formulated by the Saudi Vision 2030 — namely, localization of production of high-tech equipment.

The Saudi Vision 2030’s objectives see the intensification of the economic and investment activities, increase of the international trade of goods and services.

Saudi Arabian General Investment Authority (SAGIA) is an organization to effect control over investment activities in Saudi Arabia, including foreign investment.
SAGIA as a regulatory authority and licensor attracts direct finance and technology investments, promoting interests of foreign companies and providing comfortable conditions for doing business in the country.

The meeting was preceded by a reconnaissance visit of SAGIA’s representative Mr. Abdularhman in 2018, who shared a high opinion of the technological infrastructure and potential of Izolyator for doing a good business in Saudi Arabia.

At the meeting, the parties discussed issues of making investments in the power industry, electrical engineering and innovative technologies of Saudi Arabia in the framework of the national program Saudi Vision 2030 and in view of the developing rapprochement process between Russia and Saudi Arabia.

Later on, the sides outlined a plan of the upcoming joint visits to the state electricity company and transformer plants. 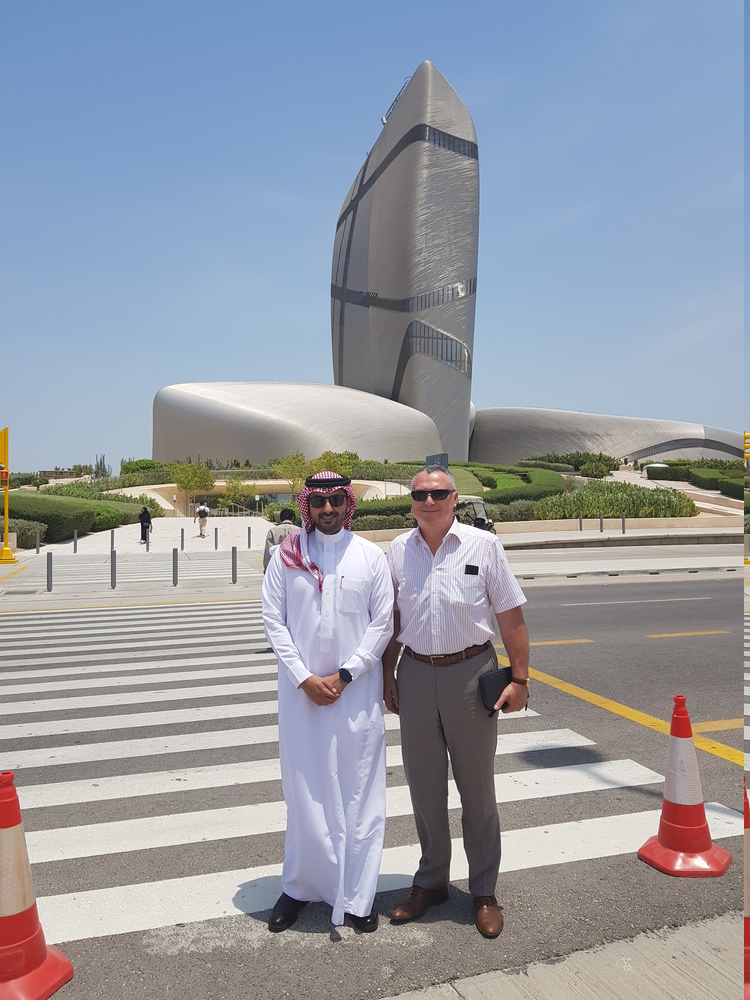 Saudi Electricity Company (‎SEC) is a Saudi electric utility company. It enjoys a monopoly on the generation, transmission and distribution of electric power in Saudi Arabia.

The visitors were received by:

During the talks, the SEC representatives showed a strong interest and preparedness to purchase transformers, equipped with Izolyator high-voltage bushings.

In April 2019, SEC included Izolyator in the list of official suppliers under high-voltage bushings section for transformer plants on Saudi Arabia.

Then the delegation proceded to visiting transformer plants, accompanied by SAGIA and SEC representatives. 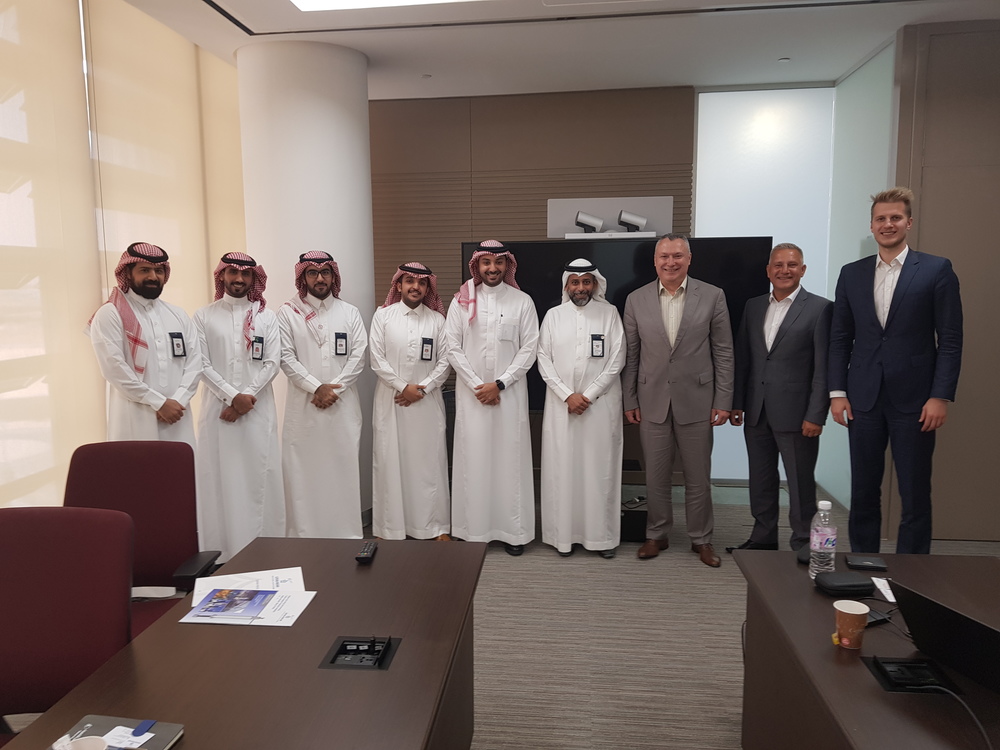 Participants of the business meeting in Saudi Electricity Company

United Transformers Electric Company (Utec), a subsidiary of Bawan, was founded in 2001 as a limited liability company.
Over the past few years, Utec has built a strong presence in the local, regional and international markets as a leading company in the field of manufacturing distribution transformers.
The company is a joint venture between "Bawan" and "Wilson Transformers", a leading manufacturer of power and distribution transformers in Australia since 1933.

The visitors were received by: 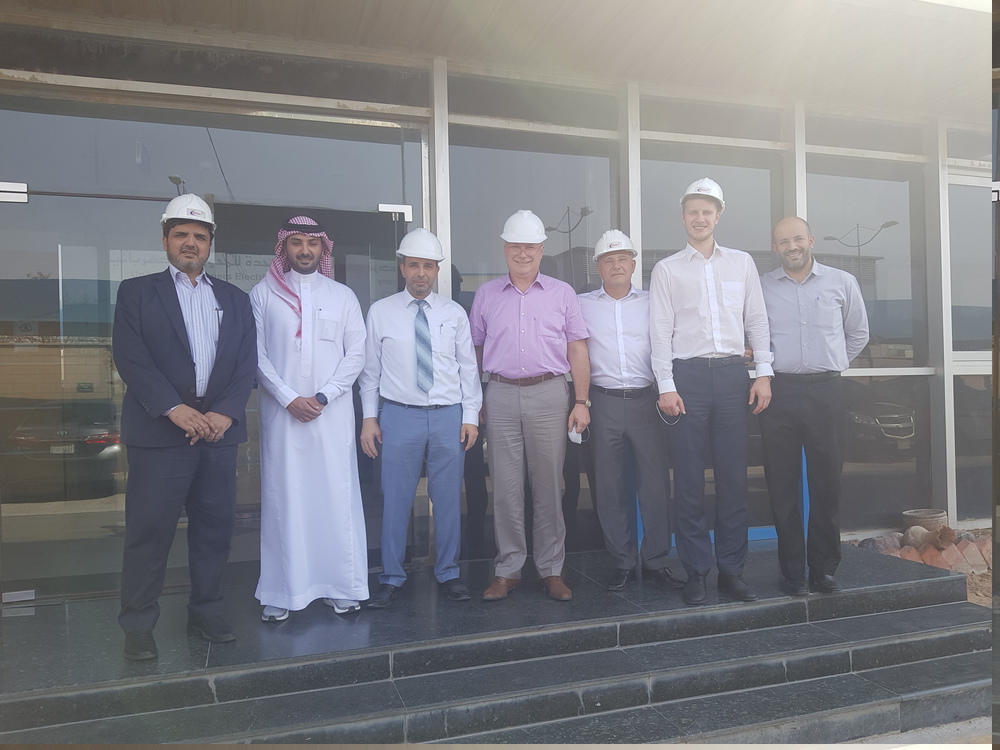 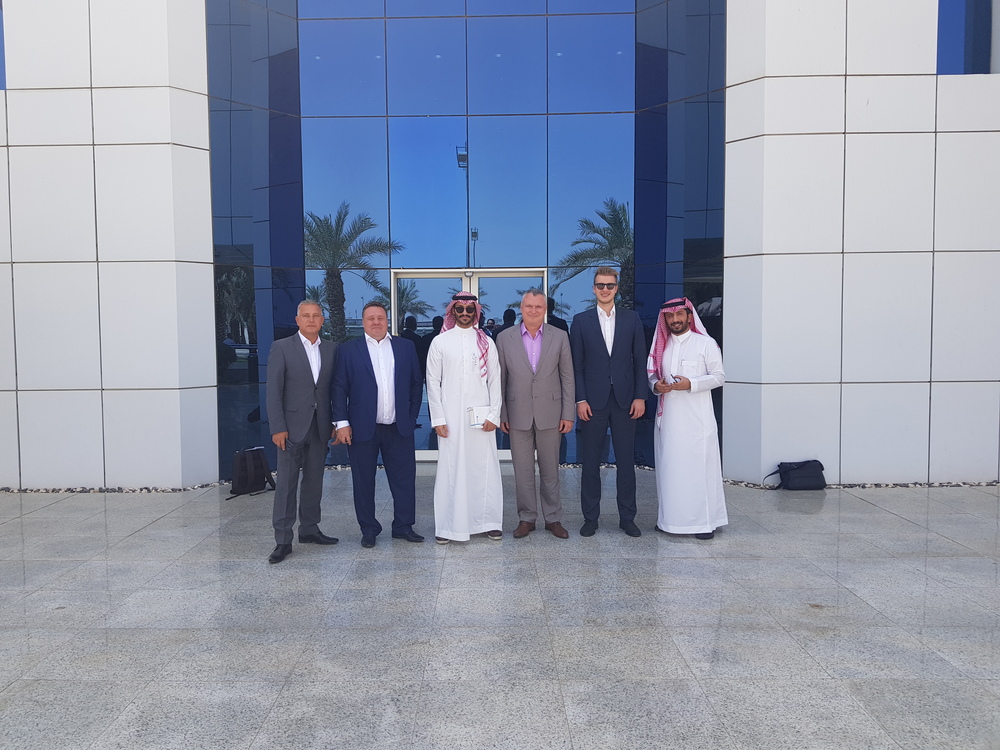 The Saudi Power transformers Company Ltd. (SPTC) is the leading power transformer manufacturing company in Saudi Arabia and the GCC. It was established in 2010 as a Joint venture between Saudi Transformers Co. Ltd. (51 %) and CG Power Systems-Belgium (49 %).
The factory is under the licensing agreement from CG Power Systems-Belgium to use Pauwels technology. More than 600 Pauwels’ Power Transformers are currently in use throughout Saudi Arabia up to 500 MVA. 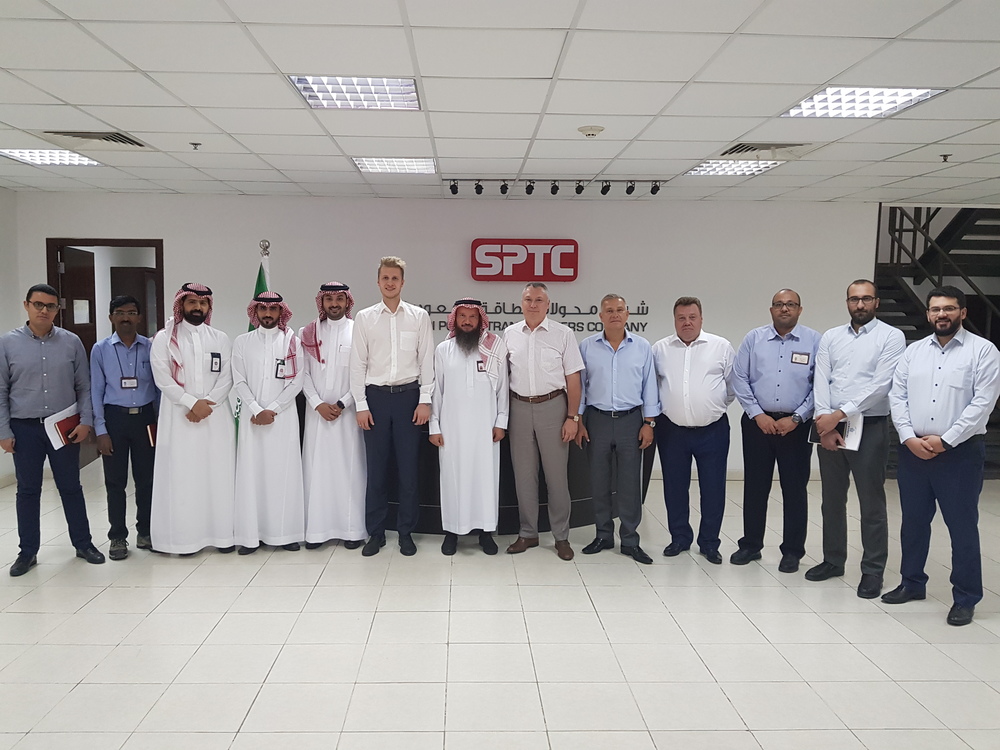 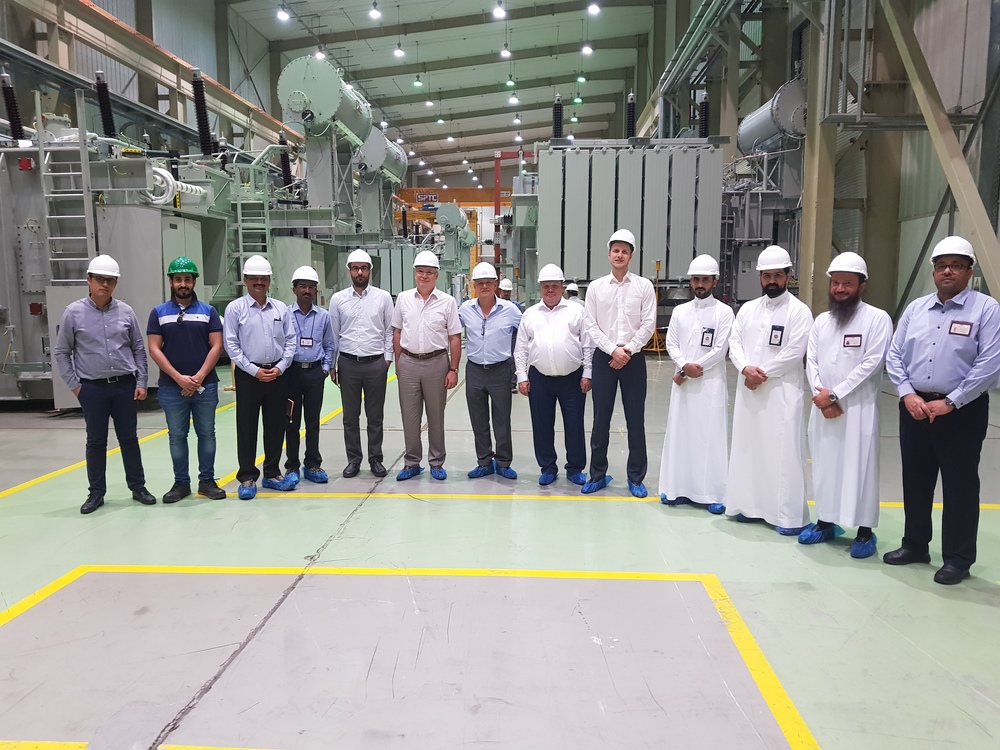 At all the three transformer plants, the visitors had an introduction to the manufacturing facilities and talks about prospects of a long-term and mutually beneficial cooperation.

There was a special discussion of a possibility to localize high-voltage bushings production on the territory of Saudi Arabia in partnership with a transformer plant. All the plants showed interest to such a form of cooperation.

At the end of the talks, the representatives of the transformer plants confirmed their intention to explore opportunities of cooperation with Izolyator.

We appreciate SAGIA for the organization and participation in all the business meetings!