On 26 December 2017, Chairman of the Board of Directors Alexander Slavinsky visited the Interregional Distribution Grid Company of Siberia in Krasnoyarsk.

Interregional Distribution Grid Company of Siberia (IDGC of Siberia) carries out the transmission and distribution of electricity in the Republic of Altai, Buryatia, Tuva and Khakassia, Altai, Trans-Baikal, Krasnoyarsk Territories, Kemerovo and Omsk regions. Service area — 1.85 million square kilometers. IDGC of Siberia is a subsidiary of PJSC "Rossetti".

The sides discussed strategy and plans of efficient cooperation in the near and remote future, issues of technical policy coordination that would take into account innovative solutions, used for creation and production of electrical insulating equipment and other aspects of long-term cooperation. 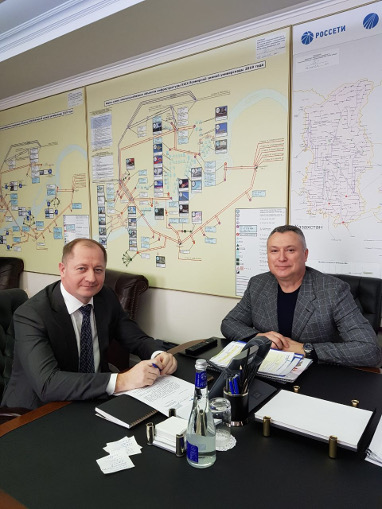 We appreciate IDGC Siberia PJSC for the invitation and a productive cooperation!