The Immortal Regiment at Izolyator Plant

On the eve of the 75th anniversary of the Great Victory, Izolyator plant staff members joined the commemorative event Immortal Regiment.

A few years ago, in a number of regions of Russia, a wonderful popular initiative arose dedicated to the Victory Day on May 9, a commemorative action ‘Immortal Regiment’. Very soon, it acquired a national character, becoming one of the symbols of unity of our fellow citizens.

These days, we recall by name those who defended the freedom and independence of our country. We grieve for the heroes who died and already passed away. We pay tribute and honor to those few who were lucky enough to live to this day.

Photos of their heroes are carefully stored in family albums of Izolyator plant workers. And today they took their place of honor at a special stand ‘The Immortal Regiment’.

The stand was installed in the center of the production building of the enterprise so that as many people as possible could see the faces of the legendary defenders of the Motherland, including their relatives and friends. 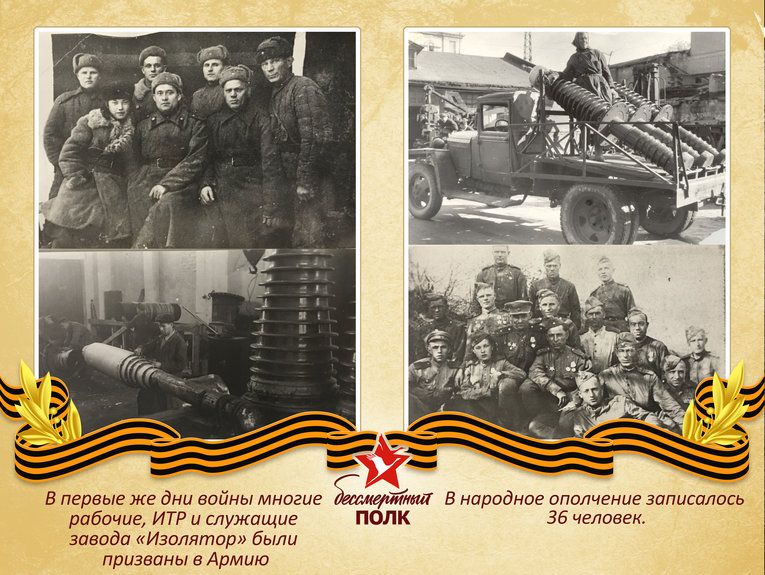 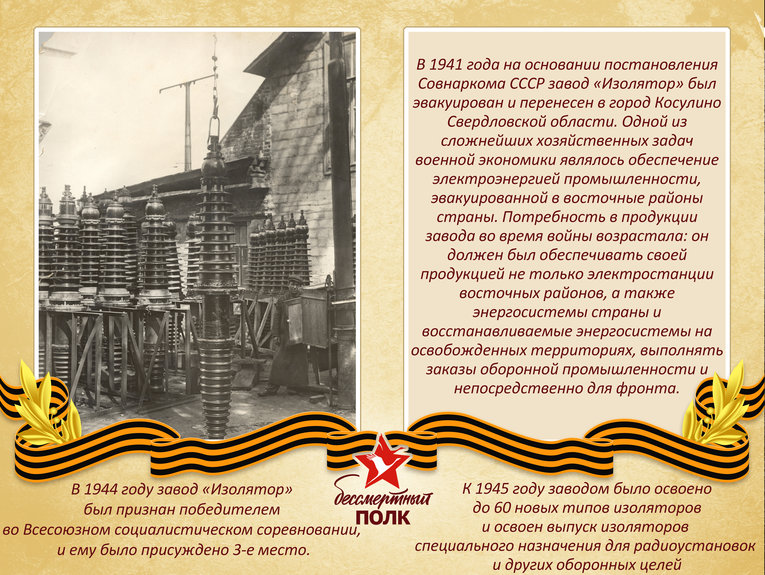 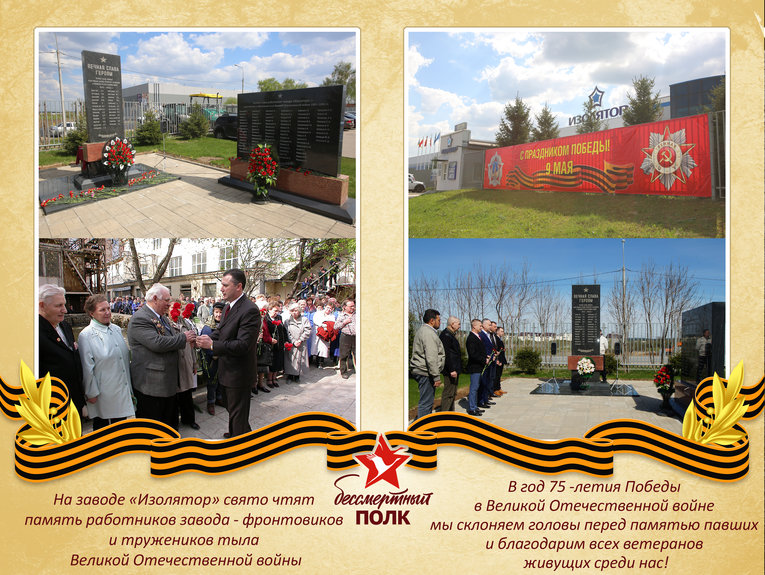