From the very beginning of the COVID-19 pandemic, Izolyator has chosen the only right strategy, which allows not only to ensure uninterrupted manufacture of products, but also to continue systematically developing cooperation with partners around the world.

The videoconference mode for remote negotiations, meetings, presentations, and technical seminars proved to be the most effective form of cooperation offering possibilities to discuss in detail and promptly make decisions on all topical issues of interaction. 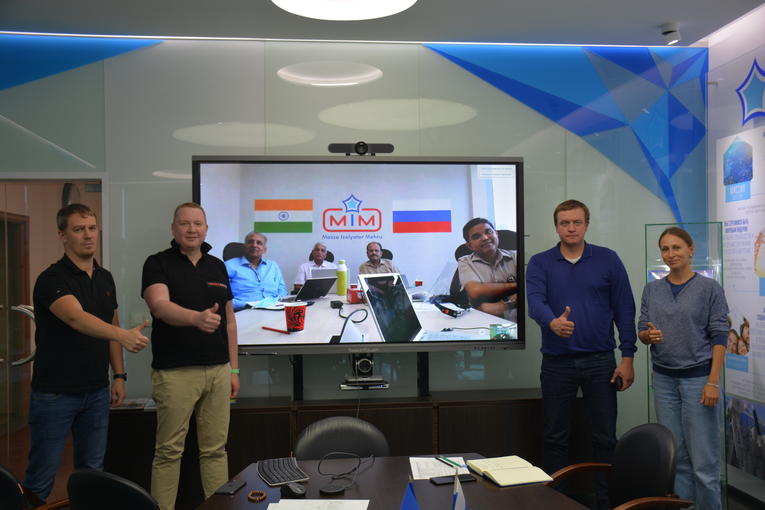 Izolyator's meeting rooms are equipped with modern multimedia tools that allow organizing online communication with business partners anywhere in the world. So, only in September of this year, online negotiations were held with the following foreign partners:

In the third quarter, weekly remote meetings of the board of directors of the Russian-Indian joint venture Massa Izolyator Mehru Pvt. Ltd. were organized, during which the issues of organizing a production site for the production of high-voltage bushings with solid RIP insulation in India were successfully resolved.

PowerGrid is one of the largest power grid companies of the world. It is largely involved in construction and operation of power networks in India and strengthening and developing of ties with the neighboring countries: Nepal, Bhutan, Bangladesh, Sri Lanka.

The company’s core business is transmission of bulk power across the states of India via 765, 400, 220, 132 kV alternating current and ±500 kV direct current power lines that together make up the inter-state transmission system (ISTS).

The company has a dominating position in the national system of power transmission in India:

PowerGrid is a state-owned company with a centralized management: 57.90 % of shares are owned by the state and 42.10 % — by other investors.

The central headquarter of PowerGrid is in Gurugram.

In the online talks on 4 September 2020, PowerGrid was represented by Mr. Jitendra Kumar Singh Bhadauria and Ms. Shruti Mishra.

On Izolyator side, the negotiations were attended by employees of the International Business Development Department: Head of Department Andrey Shornikov, Manager Dmitriy Orekhov and Assistant of Department Olga Parnyuk. 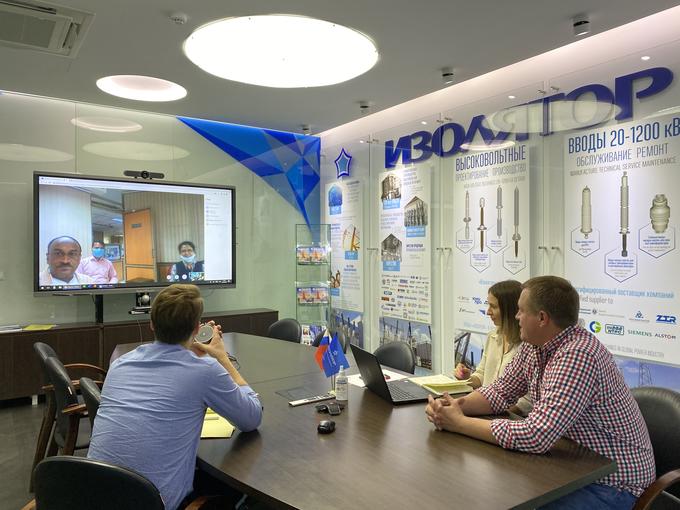 At the meeting, the sides discussed effective interaction in the implementation of existing agreements between the two companies.

The parties, noting the progressive dynamics and the successful pace of joint activities in the new conditions, outlined further practical steps to strengthen and develop cooperation.

Prime Meiden Ltd is an Indo-Japanese joint venture company of the Meiden Group. 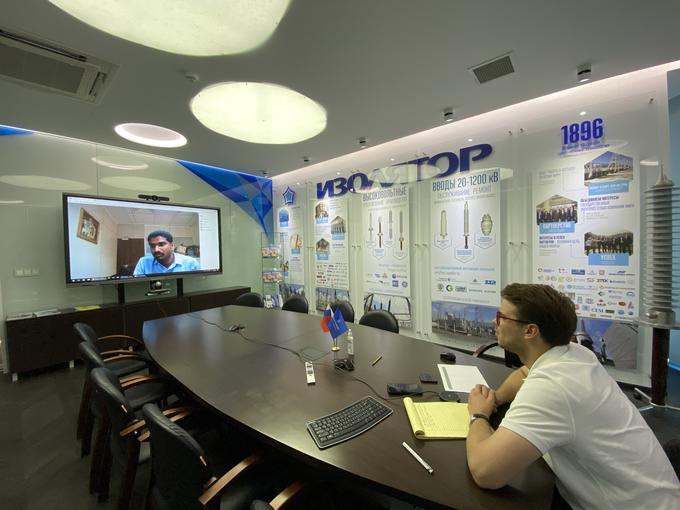 The sides discussed the general conditions and the latest trends in the electrical engineering sector in India, as well as the dynamics of the recovery of production at the PML plant after the peak of the pandemic.

A large block was devoted to a joint project to manufacture a 500 MVA transformer for the Indian state power grid company Power Grid Corporation of India Limited. The transformer will be equipped with Izolyator high-voltage bushings.

The agenda of the meeting also included a number of technical issues of developing cooperation between the two enterprises.

VUJE a.s. is a Slovak engineering company — a market leader in the nuclear energy and services for the support and operation of main and distribution grids.

The company carries out complex projects for turnkey delivery of facilities: from initial documentation to final and acceptance tests.

VUJE co-operates with renowned European companies throughout its activities.

The headquarter of VUJE a.s. is in Trnava, Slovakia.

On 9 September 2020, Alexander Znamenskiy, Manager of International Business Development Department at Izolyator, had a working meeting via video, which was attended by representatives of VUJE a.s.

The central topic of the meeting was technical issues related to the 500 kV bushings that Izolyator delivered to VUJE a.s. for subsequent installation at one of the electrical substations in Slovakia. The storage, installation and operation specifics of those bushings were discussed.

The sides confirmed their mutual interest in the further development of cooperation.

Sadaf International Co. was established in 1978 in Pakistan as an Indenting, Import, Export, Trading and Supply Company. The Directors of M/s Sadaf International Co. are engineers and business administrators who come from mighty organizations of Pakistan. They are also engaged in manufacturing and contracting business.

M/s Sadaf International Co. indents projects and participates on behalf of the principals, international tenders floated by government organization, public and private sectors in the field of energy.

On 8 and 10 September 2020, video conferencing sessions were conducted by the project manager of Sadaf International Co. M. Ammar and Manager of International Business Development Department of Izolyator Alexander Znamenskiy. 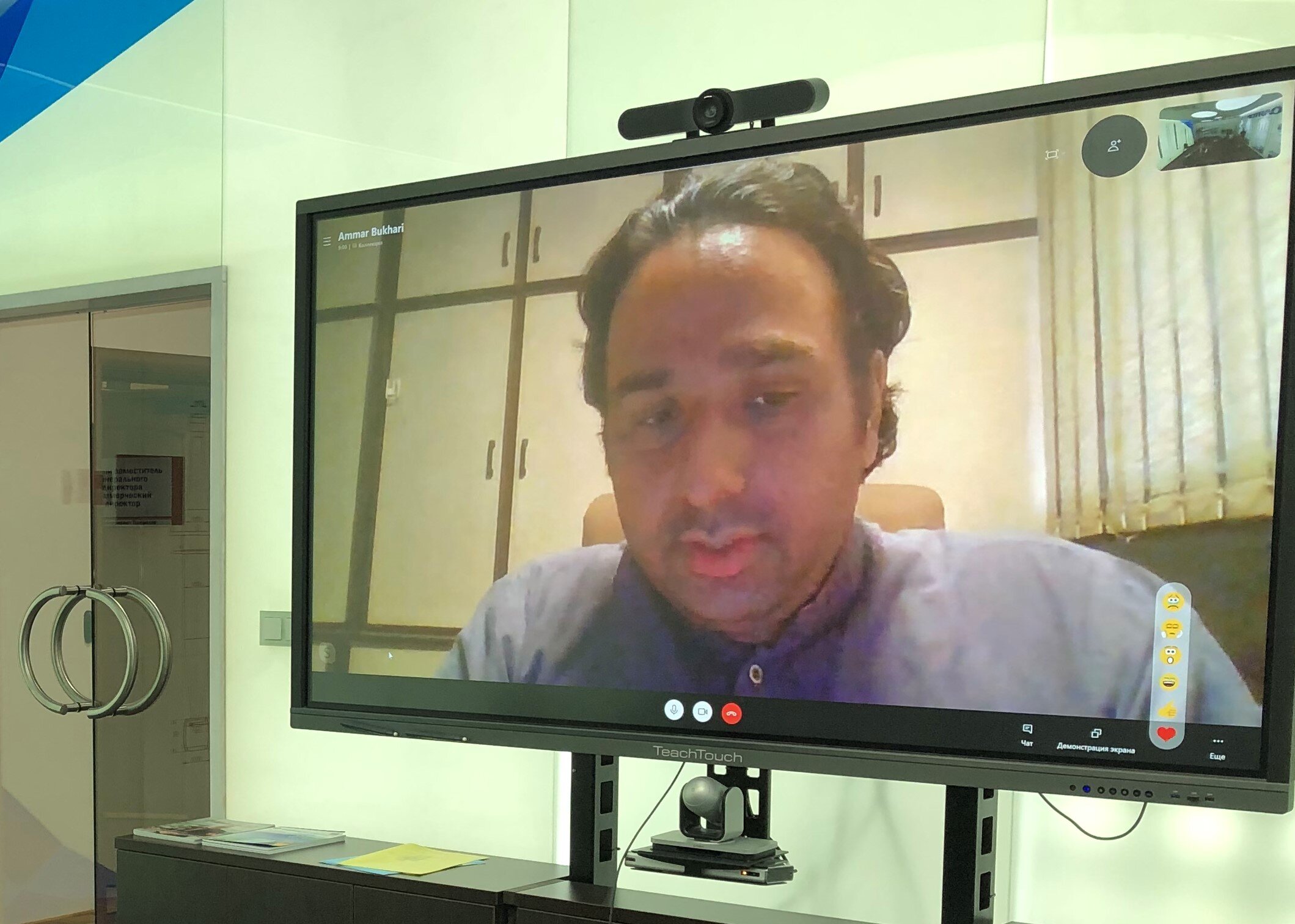 The general situation and positive dynamics of business recovery in the electrical equipment trade in Pakistan were discussed.

Follow up activities on commercial offers made earlier by Izolyator were agreed.

The parties discussed further plans for joint activities and expressed common interest in developing cooperation on a long-term basis.

The company is headquartered in Santa Catarina.

On 14 September 2020, Dmitriy Orekhov, Manager of the International Business Development Department of Izolyator, held online negotiations with representatives of CEMSA.

A joint project for the supply of Izolyator high-voltage bushings was discussed as a replacement for obsolete counterparts on a transformer under repair.

A remote video tour of the Izolyator plant was also given for six CEMSA technical specialists.

CEMSA representatives highly appreciated the technological equipment and production potential of the enterprise.

ZREW Transformatory S.A. is company from Poland that has operated in the market of transformers for 60 years.

The Company’s core business is the manufacture, repair, upgrade and full diagnostics of oil-immersed power transformers.

The Plant is located in Lodz.

On 15 September 2020, a working meeting, attended by the Manager of Purchasing and Logistics Department of the ZREW Transformatory plant Jacek Gradowski and Manager of International Business Development Department Alexander Znamenskiy and Lead Technical Support Specialist Victor Kiryukhin, was held via videoconference. 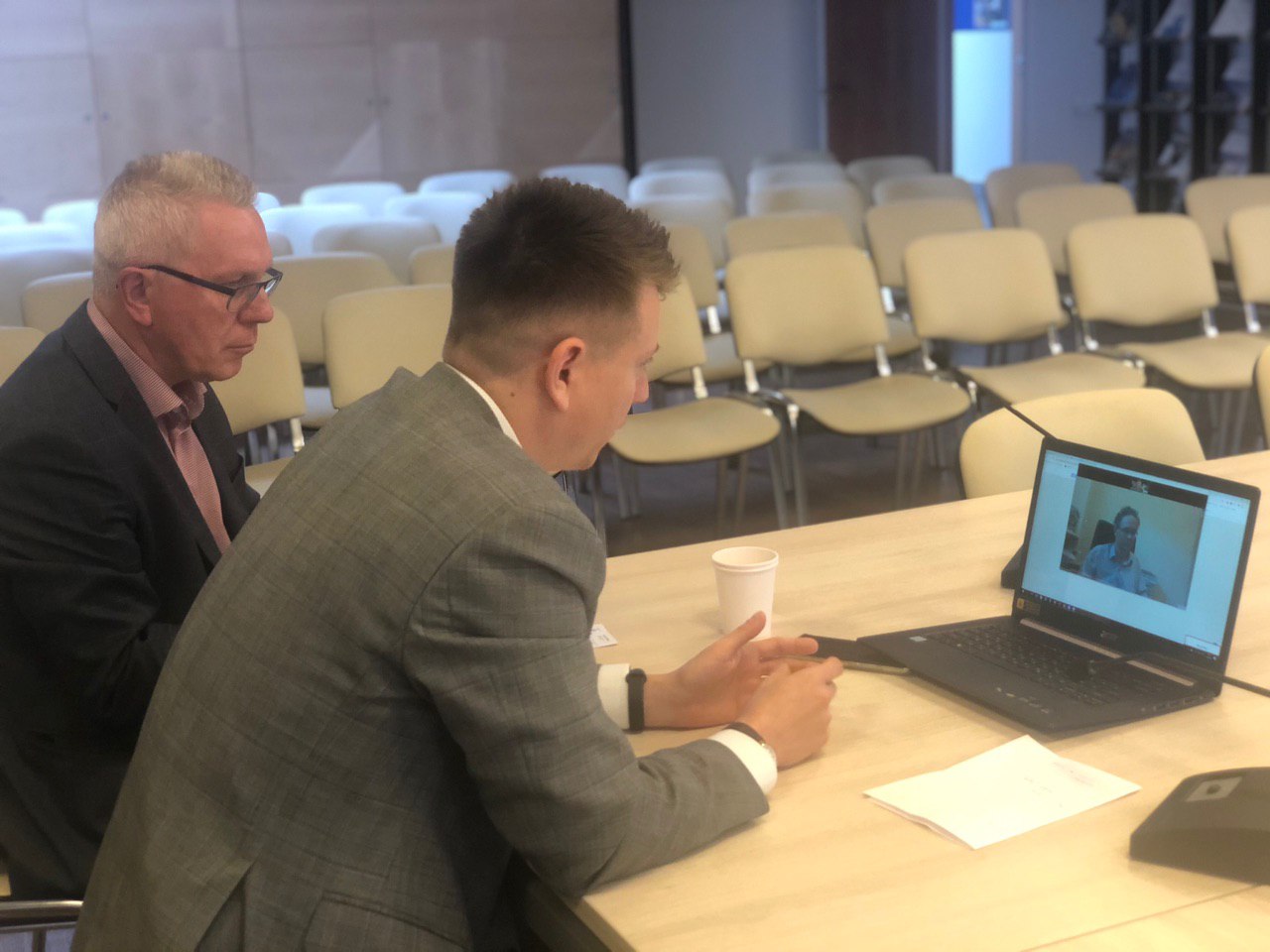 An agreement was reached on coordinating the production plans of the two enterprises, taking into account the priority positions in the range of high-voltage bushings, which will make it possible to plan joint activities more efficiently.

Artex Corporation is a South Korean trading corporation, founded in 1992.

The corporation cooperates with more than 20 equipment manufacturers representing various industries, including for the power industry.

On 15 September 2020, a bilateral video-conferencing session was held, in which Artex Corporation was represented by Project Manager Eugene Jang, Izolyator — by Manager of International Business Development Department Alexander Znamenskiy. 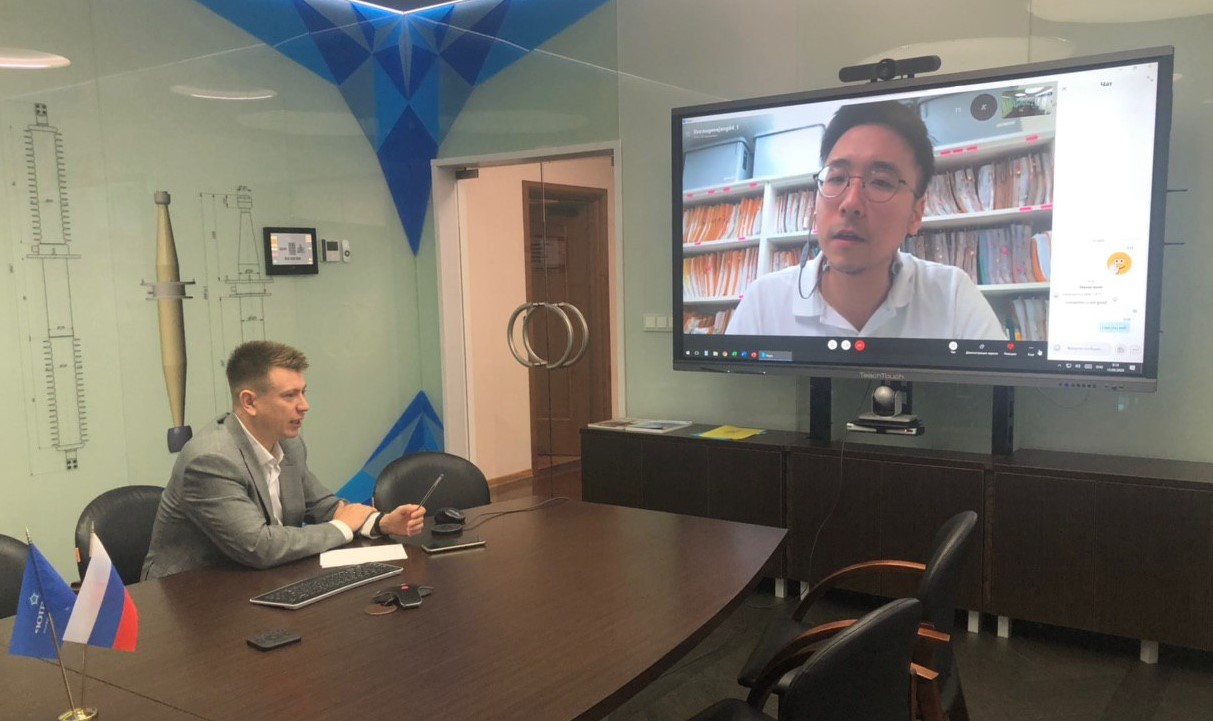 The parties discussed the current situation with the inquiries of Artex Corporation and agreed on further practical steps for effective interaction and development of cooperation.

The negotiations were largely devoted to the conditions and prospects for participation in projects of the biggest transformer plants in South Korea, with estimations of their annual demand for high-voltage bushings.

We appreciate all our partners for productive interaction even in today's difficult conditions and invite everyone to join remote communication as the most effective form of continuous support and development of cooperation.