Electrical substation No. 238 Mnevniki 220/20 kV of the United Energy Company provides electricity to the Western Administrative District of Moscow.

The total transformer capacity is 300 MVA. The substation was commissioned in 2012.

On 20 December 2019, at the Mnevniki substation, a superconducting fault current limiter (SFCL) was put into commercial operation, which developed, manufactured, supplied and installed by SuperOx.

The device is equipped with 220 kV high voltage Air — Liquid nitrogen bushings with solid internal RIN isolation and capacitive electric field regulation, which Izolyator designed, manufactured and successfully tested for the first time in the framework of this project.

220/20 kV electrical substation No.238 Mnevniki of the United Energy Company in Moscow (photo: press service of Mayor’s office and the Government of Moscow)

The joint visit was held as follows:

The visitors examined the substation equipment, SFCL unit in particular, which was created in close collaboration of SuperOx and Izolyator. 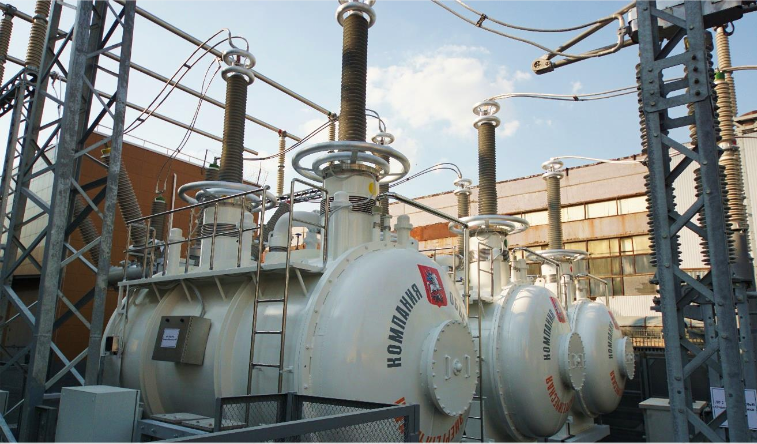 The fault current limiter is an innovative Russian development, unrivalled in its voltage class elsewhere in the world. This is the first superconducting device in the Moscow power system.

It is planned that in the future eight more SFCLs will be installed at the substations of the United Energy Company in Moscow.

The use of SFCL will make it possible to implement a full-fledged ring power supply scheme for the city of Moscow, guaranteeing uninterrupted power supply and shortening the time for technological connection.

During the visit to the Mnevniki substation, the management representatives of the SuperOx and Izolyator enterprises discussed plans and prospects of further cooperation in the development of superconducting technology in the power sector.