On 4 May 1922, in accordance with the GOELRO plan, the first high-voltage power transmission line in Russia was commissioned.

The abbreviation is often decoded as the State Electrification Plan of Russia, that is, the product of the GOELRO Commission, which became the first long-term plan for the development of the economy, adopted and implemented in Russia after the revolution.

The restoration of the destroyed economy was considered in the plan only as part of the program — the basis for the subsequent reconstruction, reorganization and development of the national economy. In total, it was designed for ten and fifteen years with a clear adherence to the terms of specific works.

The so-called program ‘A’ of the GOELRO plan, which provided for the restoration of the country's destroyed energy economy, was already completed in 1926. And by 1931 — the minimum ten-year program — all the targets for energy construction were exceeded. By the end of the fifteen-year period — by 1935 — the Soviet power industry reached the world standards taking the third place after the United States and Germany.

A 110 kV line with a length of about 105 km was made of copper wire and connected the Kashira power station with Moscow.

The Kashirskaya state district power station, the first-born of the GOELRO plan, was built under the personal control of Vladimir Lenin and was solemnly commissioned on June 4, 1922.

The power line from the power plant to Moscow was laid along the side of the Kashira highway. 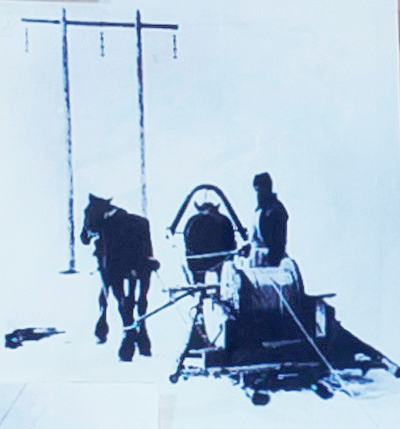 For a number of reasons, the country's first high-voltage power line was not reliable: the quality of construction was very low. Some of the insulators purchased abroad from the German Rosenthal & CO and Schomburg & Söhne were damaged in transportation, for which reason, it was necessary to install one insulator less in each garland compared to the project. Due to the metal deficit, the power line was built on wooden poles that were not treated with antiseptics and were made from stale, unseasoned pine logs. Throughout the line, several maintenance points were placed in advance for operational repair. Precautions were not superfluous since the line was constantly being repaired due to damage to the power masts. 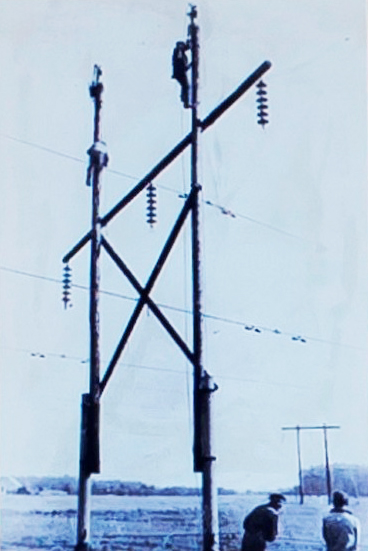 On the first power lines, which were built according to the GOELRO plan, insulators of almost all European and some American designs were used. The manufacture of own suspension insulators was first established only in 1927 at the Izolyator plant in Moscow.

In 1931, in parallel with the first high-voltage power line, a new double-circuit line Kashira — Moscow was built on metal poles.

Based on the Energyland.info materials and archive photographs of Rosseti Moscow Region.