On 27 May 2020, Izolyator was visited by Vasily Korotkin, the new head of the territorial department of the Pavlovskaya Sloboda territorial administration of Istra, the city district of Istra, Moscow Region.

The social and economic development of the district is enjoying a stable growth.

7000 companies registered in the district, Izolyator being one of them, give more than 48 thnd jobs, which makes 70 % of working-age population. 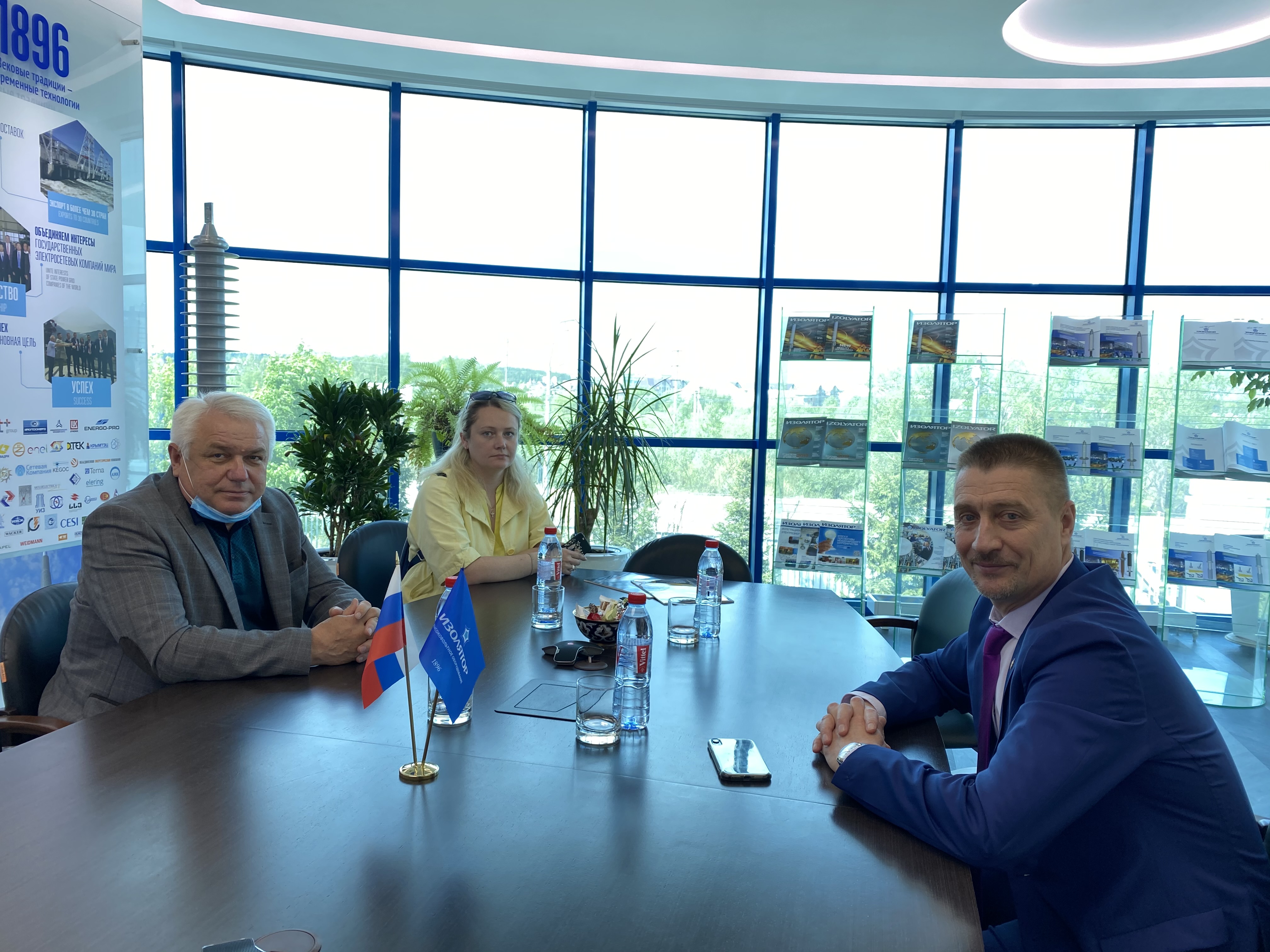 Vasily Korotkin, the head of the territorial department of the Pavlovskaya Sloboda territorial administration of Istra, the city district of Istra, Moscow Region (L) at Izolyator plant

The meeting discussed the positive experience of continuous operation of the enterprise in the emergency situation caused by the spread of coronavirus infection COVID-19.

The principals also touched upon the issues of coordination of interaction between the municipal government and the enterprise when jointly solving the problems of socio-economic development of the Istra city district.

The Izolyator plant will continue close cooperation with the administration of the city district and will actively participate in the implementation of the municipal industrial policy.