Four generations of a labor dynasty

On 23 April 2021, a celebration of work collectives, family dynasties and honored workers of the Istra city district took place, timed to coincide with the Labor Day of the Moscow Region.

The Istra city district of the Moscow region is one of the most rapidly developing municipalities of the Moscow region, named among top 10 by many indicators.
The social and economic development of the district is enjoying a stable growth.
7000 companies registered in the district, Izolyator being one of them, give more than 48 thnd jobs, which makes 70 % of working-age population.

About 40 different awards that evening were presented to work collectives, family dynasties, managers and employees of enterprises in the Istra city district. 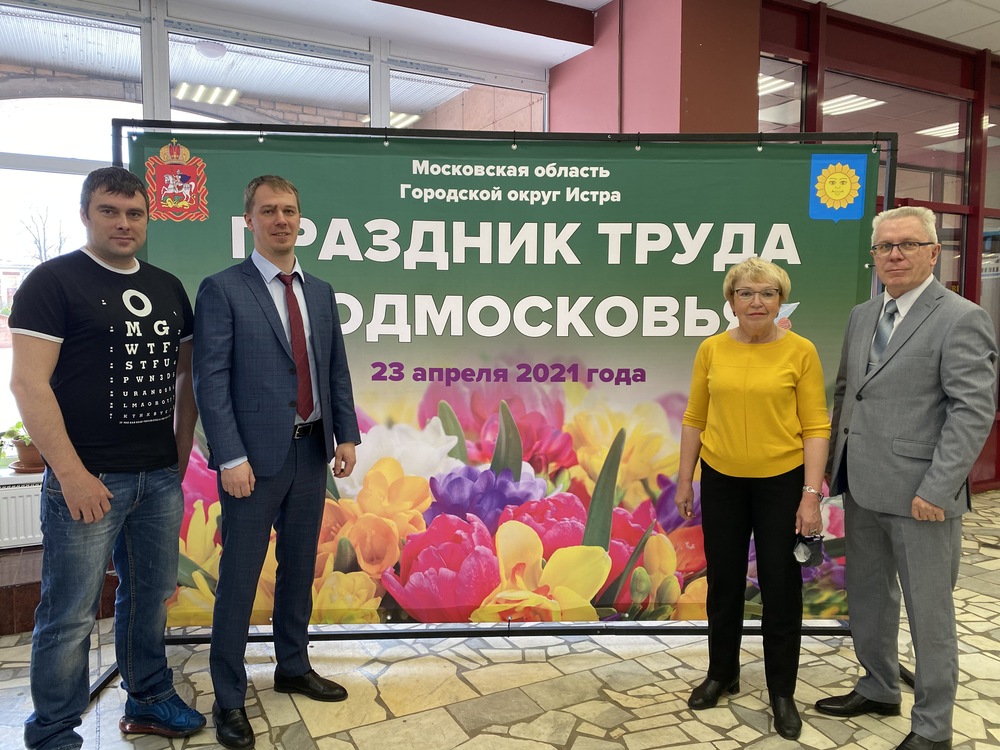 The Fedorov-Kiryukhin labor dynasty was awarded with letters of appreciation from the Minister of Investments, Industry and Science of the Moscow Region and the Istra City District Administration for achievements in labor and active participation in the Moscow Regional Competition ‘Best Labor Dynasty’. 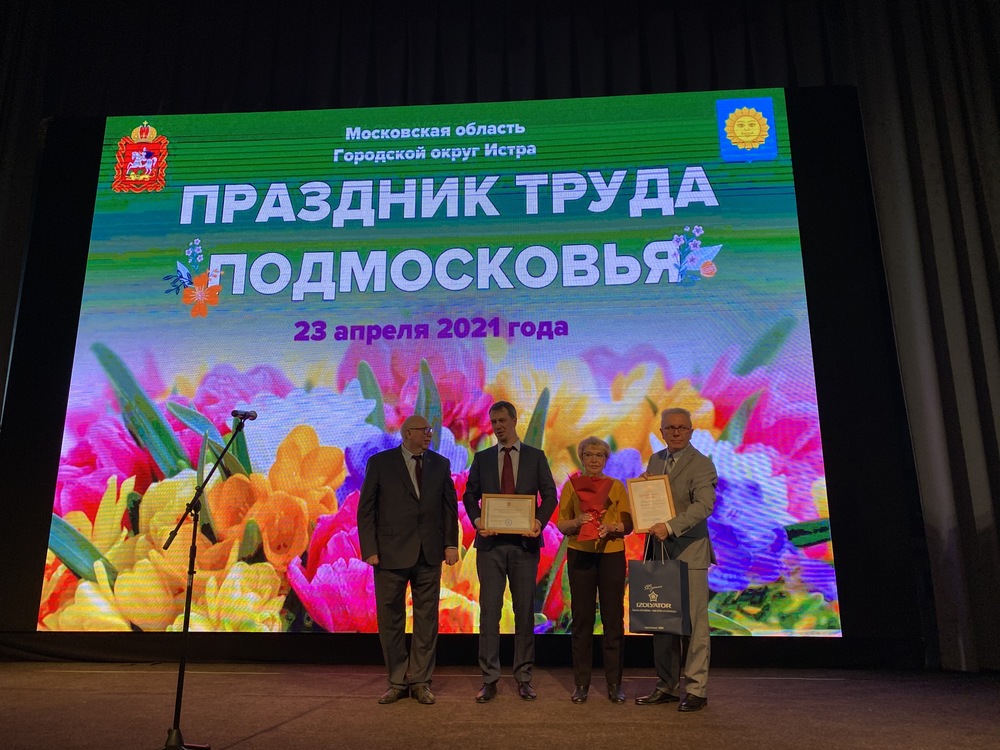 The Fedorovs-Kiryukhins labor dynasty is being awarded

The Fedorovs-Kiryukhins dynasty began their labor history at the Izolyator plant in 1922 with the arrival of Leonid Fedorov at the plant (worked at the plant in 1922–1962, awarded the Order of the Red Banner of Labor). For four generations this family has been working at the enterprise, which this year celebrates the 125th anniversary of its foundation!

Today in the ranks at the plant, there are Lead Technical Support Specialist Viktor Kiryukhin and his wife, Leading Designer Natalya Kiryukhina, the granddaughter of Leonid Fedorov. The fourth generation of the dynasty is represented by their son — the Chief Engineer of the R&D Center Pavel Kiryukhin. 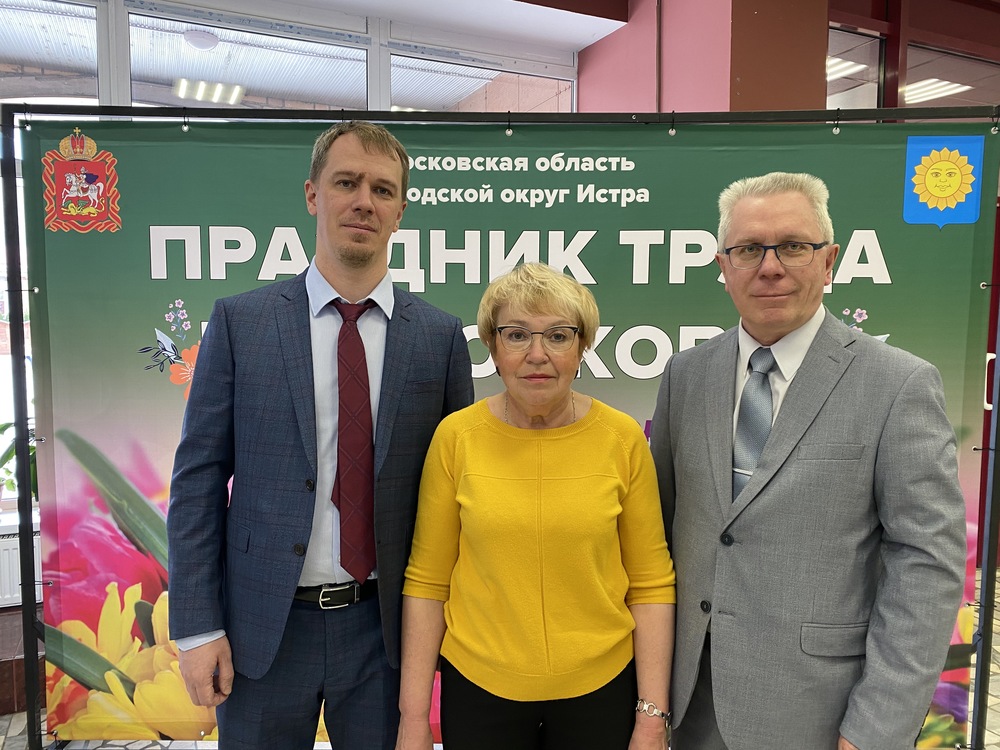 Representatives of the third and fourth generations of the labor dynasty: spouses Victor and Natalia Kiryukhins, and their son Pavel

A letter of appreciation from the Head of the city district of Istra was awarded to Maxim Makarov, an electrician for the repair and maintenance of electrical equipment at Izolyator Production Complex. 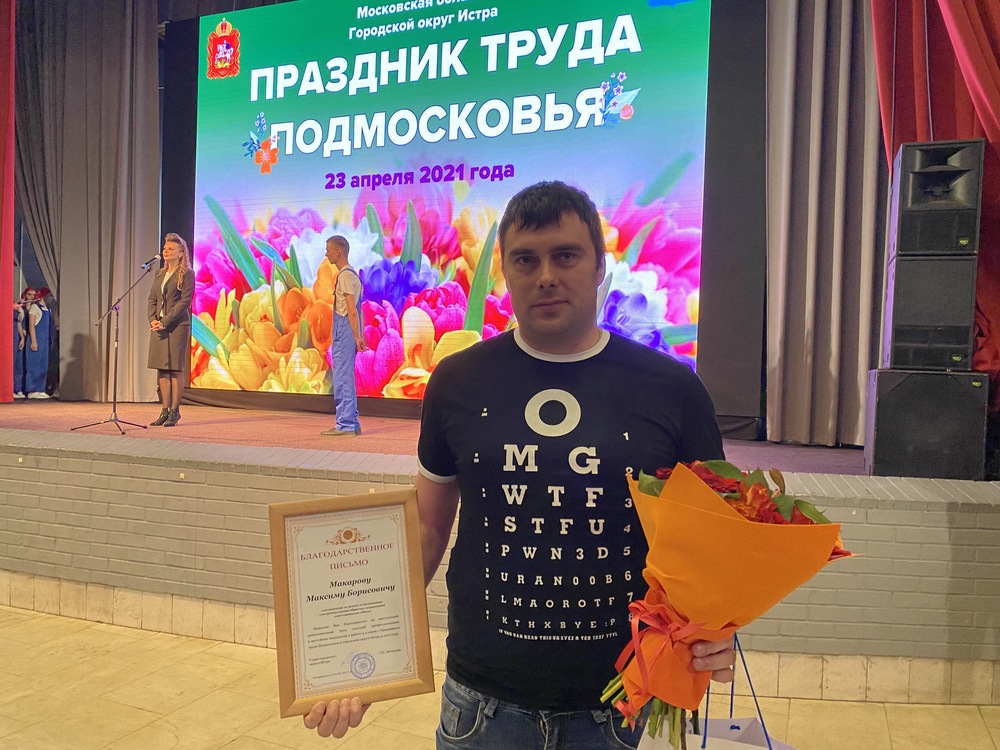 The letter expresses gratitude for many years of conscientious work, high professionalism and decent performance in work.