Incorporated in 1994, Transformers & Rectifiers (India) Limited (T&R) has consolidated its position in the Indian Transformer Industry as a manufacturer of a wide range of transformers, which conform to the quality expectations of both the domestic and the international market. An ISO 9001, 14001 & 45001 company today, T&R as it is more popularly known, is proud to have executed a number of prestigious orders from developed countries such as Canada and the United Kingdom.
The capability to develop world class power, distribution, furnace and specialty transformers is credited to the creation of a world class infrastructure at three plants around the city of Ahmedabad, one of the leading industrialized cities of India.

A 420 kV 50 MVAr three-phase shunt T&R reactor, designed to be installed at one of the substations of the Power Grid Corporation of India Limited, is filled with Cargill FR3, an environmentally friendly and biodegradable natural ester fluid.

It is the first 420 kV ester fluid filled shunt reactor successfully designed and manufactured in the world. 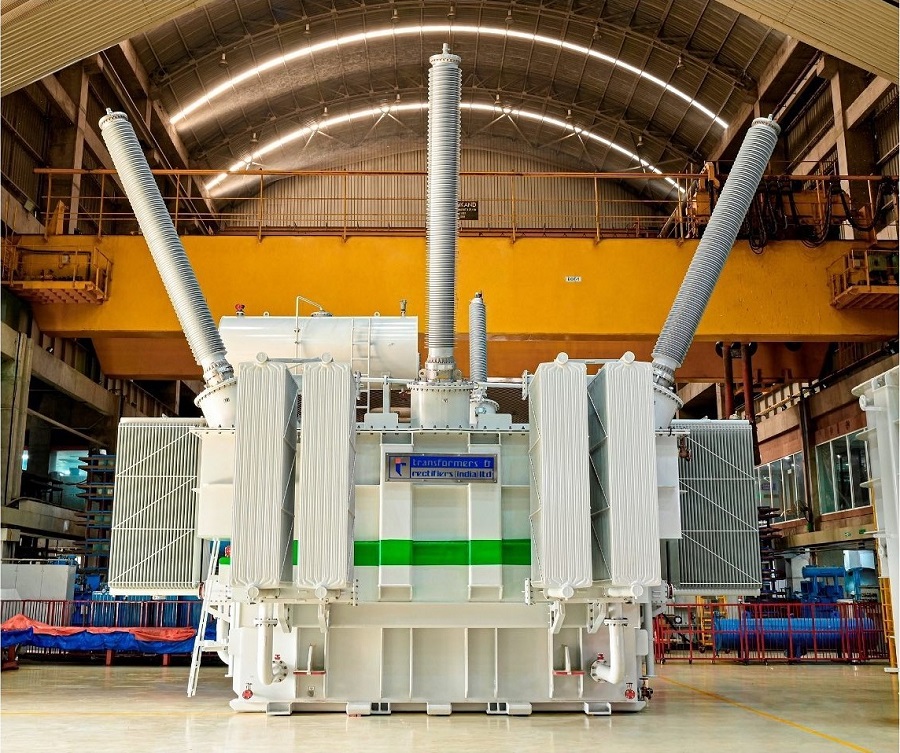 In the production of FR3, vegetable oils and highly effective additives are used, which do not contain elements of petroleum or halogens, sulfur or any other harmful components that negatively affect the environment. The liquid completely decomposes in a short period of time in the environment, and is absolutely non-toxic.

Izolyator is the only manufacturer of high-voltage bushings, which, after appropriate own tests, confirmed the readiness of its bushings to operate in an ‘ester fluid — air’ environment under 420 kV and delivered them to the T&R plant.

Based on materials of Transformers & Rectifiers (India) Limited.