On 21 April 2022, Izolyator Group took part in a meeting of chief engineers of Rosseti Group on topical issues of production activities.

Rosseti Company — an operator of energy grids in Russia, is one of the largest electric companies in the world. The company service area spans 80 regions of the Russian Federation, Rosseti manages over 2 mln km of power lines. The Rosseti Group includes subsidiaries and affiliates, including interregional companies and a main network company. The Rosseti Group has a leading position in the Russian market in introducing innovative technologies to the main and distribution grid complex. The controlling shareholder of the company is the state represented by the Federal Agency for State Property Management of the Russian Federation.

The meeting, which took place in the Chelyabinsk region, was chaired by First Deputy Director General and Chief Engineer of Rosseti Andrey Mayorov. 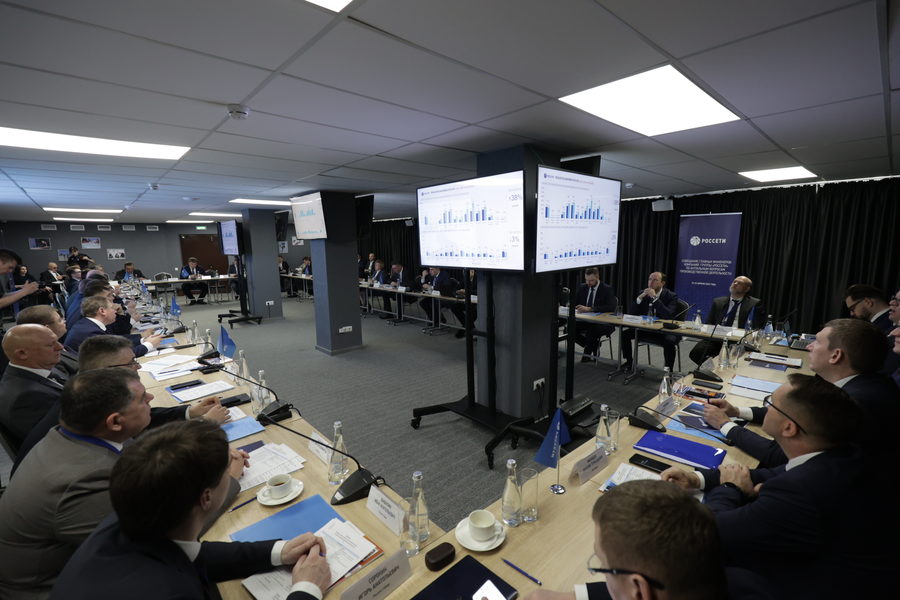 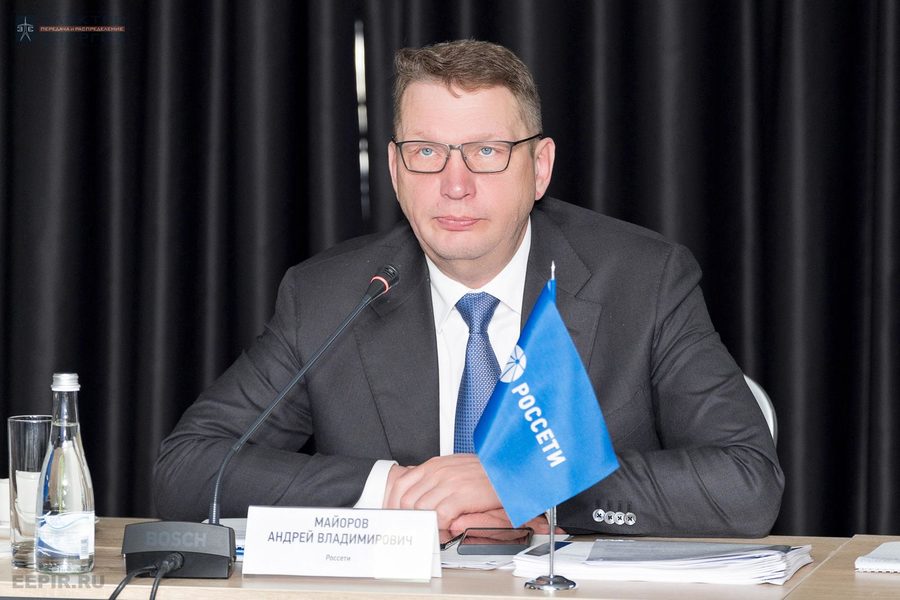 Izolyator Group was represented at the meeting by Head of the Group Alexander Slavinsky and Sales and Business Development Director (Russia) Alexander Savinov.

Alexander Slavinsky made a presentation ‘Import substitution under sanctions on the example of the Izolyator Group’, in which he presented the structure of the Group and its products; considered potential suppliers of components and materials for the production of Izolyator high-voltage bushings and Izolyator-AKS cable accessories, including suppliers of Russian-made components; acquainted the audience of the event with the newly developed designs of high-voltage bushings and cable accessories, as well as with promising research and development work. 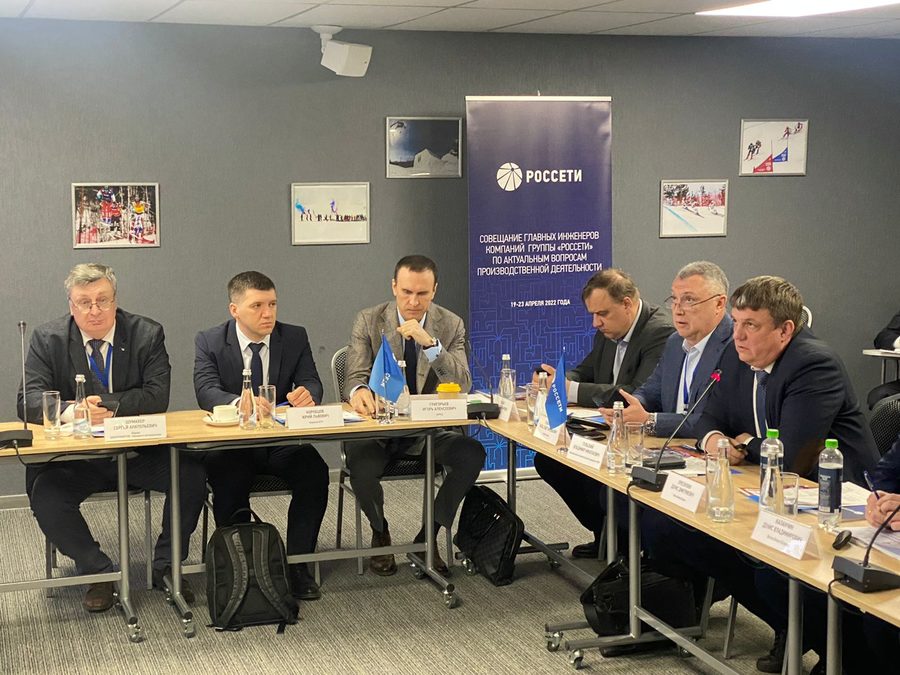 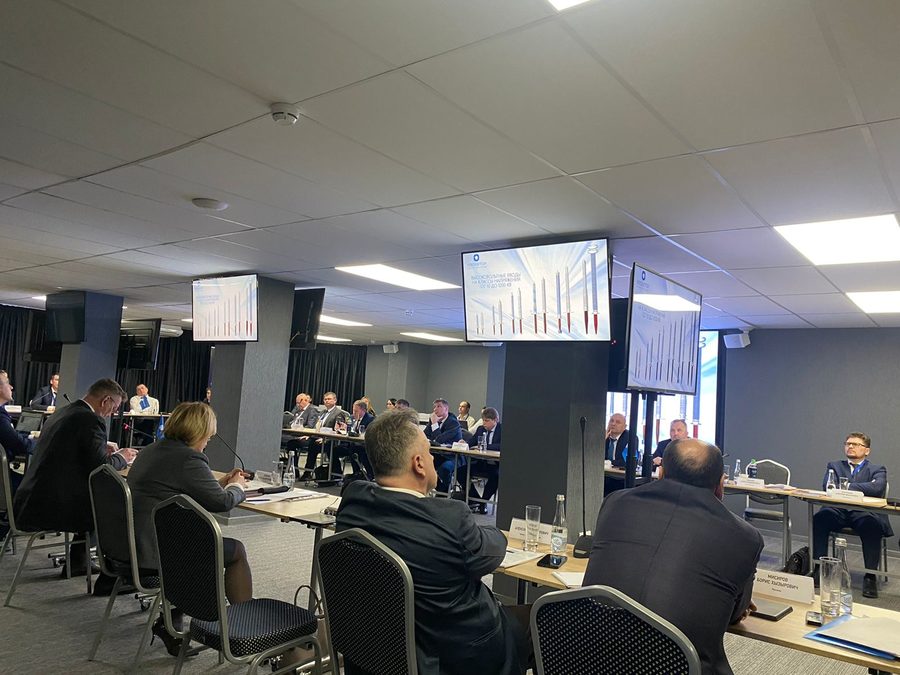 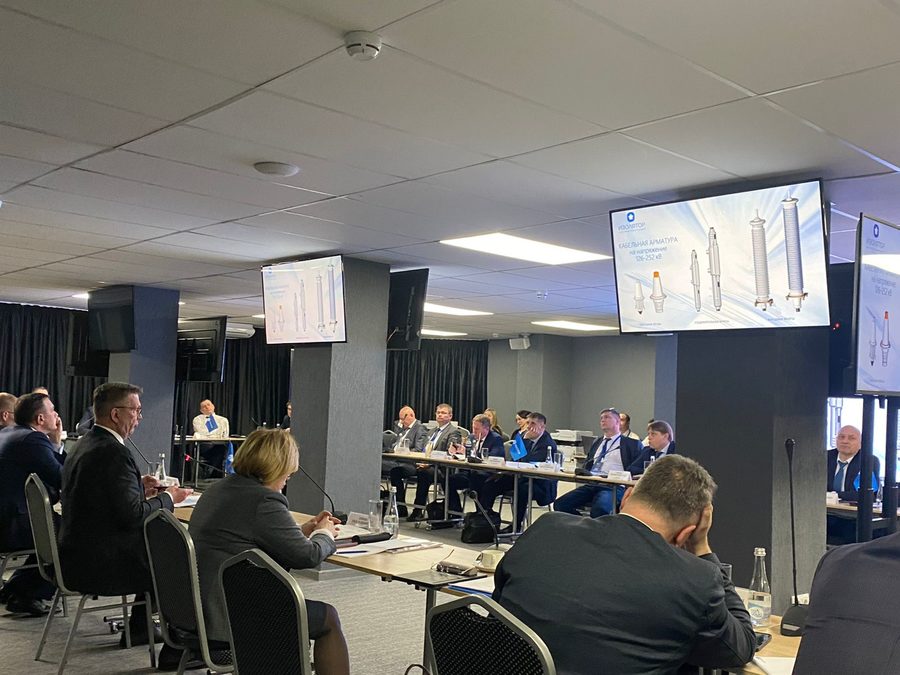 The participants of the meeting are getting acquainted with the types of cable accessories manufactured by the Izolyator-AKS plant, which is part of the Izolyator Group

The share of imports in the purchases of the Rosseti Group is now less than 10 %. Additional measures are planned for the complete replacement of foreign products with domestic counterparts, including the optimization of certification processes, control of the level of localization to create conditions for a guaranteed order.

In this regard, it was import substitution and promising developments of the Izolyator Group that became the main topic of Alexander Slavinsky's personal meetings with Andrey Mayorov and the chief engineers of Rosseti's subsidiaries. 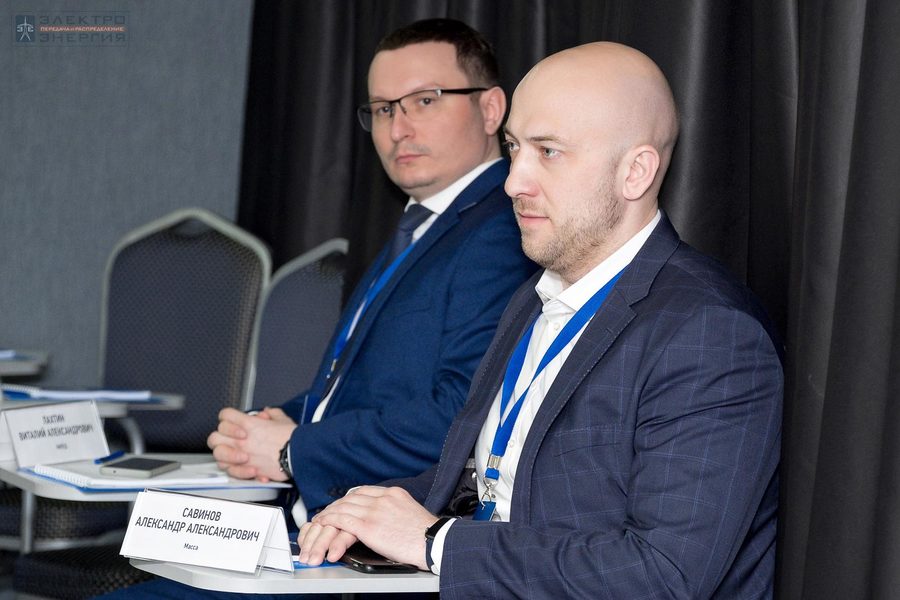 The key topic of the meeting of chief engineers was the preliminary results of the autumn-winter period 2021/2022 and the start of a new repair campaign. To improve the reliability of the grid complex, rigorous implementation of maintenance and repair programs is necessary. As Andrey Mayorov noted, this year the work is going ahead of schedule.

Also, the chief engineers of the Rosseti Group companies discussed stress scenarios for maintenance and repair programs, priority areas for innovative development of the grid complex, the main tasks of building digital communication systems, labor protection issues and the implementation of the absence of injury incidents according to Vision Zero concept.

Based on materials of the Electric Power. Transmission and Distribution Journal